GIFTS FOR THE NATURE LOVERS IN YOUR LIFE!

’TIS THE SEASON! GIVE THE GIFT OF CONSERVATION

This holiday season adopt a rainforest species for the nature lover in your life. Your gift will go toward hiring local people to act as wardens to protect the wildlife who make their home on our land.

We have a variety of gifts for you to choose from. Each of these species is equally valuable; the dollar amount associated with each gift is merely so we can offer different gift amounts.

$25 — Adopt a Harpy Eagle. These raptors are one of the world’s largest and most powerful eagles whose populations are declining due to habitat loss, destruction of nesting sites and shooting. Each nesting pair only has a single chick every two to three years.

$50 — Adopt a Macaw. In Latin America thousands of wild parrots are taken from the wild to be sold as pets in the Americas, Asia and Europe despite national laws and international trade agreements. The hunters capture the babies, drug them, hide them in thermoses, stuffed into toilet paper tubes or sewn into their clothes, and smuggle them out of Peru. Most of these babies die before reaching a buyer.

$100 — Adopt a Howler Monkey. These beautiful creatures with cacophonous cries are often targeted by hunters for bush meat, as they’re a large and cheap source of protein. In addition, their docile nature makes them easy prey.

$200 — Adopt a Jaguar. Jaguars once roamed from the United States to Argentina, but today this big cat has vanished from 40 percent of its original range. Jaguars are especially sensitive to habitat destruction and other human pressures. Ranchers and farmers view these beautiful creatures as a threat to their livestock and do not hesitate to kill them.

Thank you for joining us and becoming a defender of wildlife this holiday season! 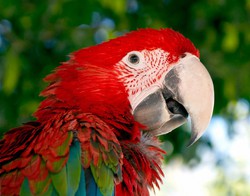