This campaign has expired. Learn more and donate directly to this charity. 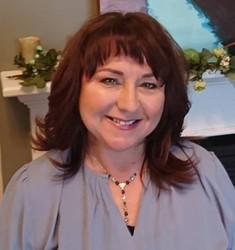 When asked to participate in Hospice PEI's Dancing with the Stars, she wanted to give back to an organization that gave so much to her family. Loretta's mother, Florence, was diagnosed with cancer in 2016 & admitted to Palliative Care at the same time as Loretta was undergoing chemotherapy for breast cancer. Florence & her family received excellent care & compassion from the volunteers at Hospice PEI & staff of the Palliative Care Centre. Florence's final days were focused on living with dignity, not dying.

Loretta has been employed with the provincial Dept. of Justice & Public Safety since 2000, serving in a variety of roles, including departmental solicitor, Manager of the Family Law Section & Acting Prothonotary. She is active in the PEI Law Society & served as President in 2012-2013.