The alpine lakes region below Kanchenjunga, the 3rd highest mountain in the world, is being overgrazed by yak herds,reducing the population of blue sheep, which are the preferred prey of the snow leopard.

ICFC supported the strategic purchase of 40.5 hectares bordering a wetland to block a planned road and restrict development. Close engagement with the Papung Village Development Council along with the establishment of a learning ground for public education has brought awareness of the area’s biodiversity and the potential for it to generate ecotourism income.  Signage has helped demarcate sensitive snow leopard areas and reduce human-wildlife conflicts by shifting grazing away from those areas.

$940 will fund a Snow Leopard Conservation Youth Fellow to engage in camera trapping monitoring and patrol activities in snow leopard habitat at 3,000-5,000 m. 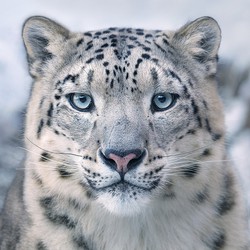