On August 26, Hurricane Harvey made landfall in southeast Texas as a category 4 hurricane and caused massive damage and flooding in the area. The hurricane has since become a tropical storm which continues to dump millions of gallons of water in southeast Texas.

A Mennonite Disaster Service (MDS) assessment team will arrive in eastern Texas on Wednesday, August 30, to begin a 5-day exploration of need and eventual MDS response to Hurricane Harvey.

The team will begin its work in Austin, consulting with the Austin Mennonite Church then move on to the San Antonio Mennonite Church before visiting some of the most devastated areas further east.

The team expects to visit the area in and around Bastrop, Texas, where MDS has worked since 2011.  The community is anticipating more flooding as the Colorado River has already crested above flood stage with the possibility of it going higher.

The assessment team is also planning to visit areas that may not be in the news at this point, often forgotten areas, that have just as much if not more devastation but no spotlight cast upon them. 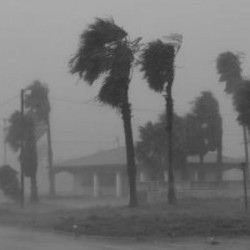