Building a Legend - Restoration of a Spitfire

Based in Winnipeg, Canada, Building a Legend is a not for profit organization dedicated to the creation of a lasting memorial to those who served in the 402 "City of Winnipeg" squadron during the Second World War. The proceeds from the sale of merchandise from this kit shop will go towards funding this exciting historical aviation project.

Building a Legend will draw on the talents of historians, military aviation enthusiasts and vintage aircraft specialists in Canada, the US and the UK to restore a fully airworthy Spitfire Mark IX in the livery of the aircraft flown by Pilot Officer Ian Keltie DFC, from Millet, Alberta who served with the 402 Squadron during the Second World War. 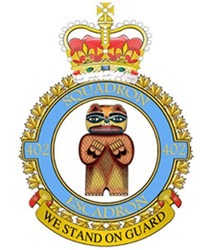