On the morning of September 11, 2001 our world changed. Two planes were intentionally flown into the towers of the World Trade Center in New York City, a third plane hit the Pentagon just outside Washington DC and the fourth plane crashed in a field in Pennsylvania. The attacks killed nearly 3,000 people from 90 countries. 24 Canadians were killed.  One of those victims was Maureen Basnicki’s husband Ken.

With the support and encouragement from other Canadian 9/11 members, Maureen set out to reframe the day. Canada had no national memorial of official protocol to commemorate the events of the tragic loss of so many on September 11. It is a fitting legacy, for the loved ones lost and for all who have suffered personal trauma and illness as a result attacks, to turn the message of the day around. 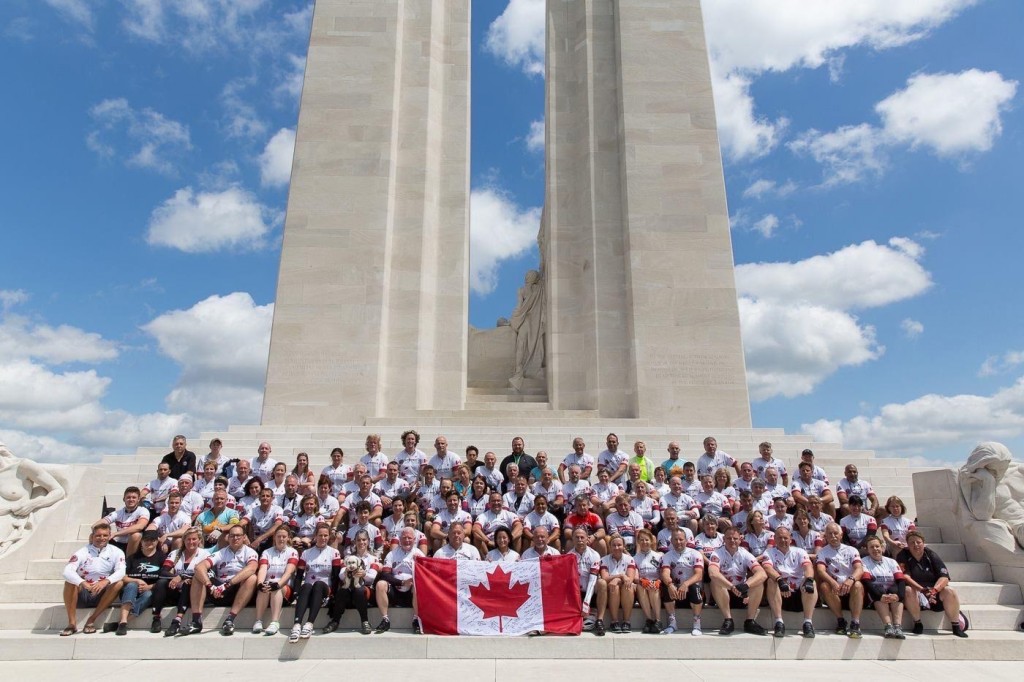 Taking the Terror out of Terrorism.

Soon after the declaration of the Canadian National Day of Service the Canadian National Day of Service Foundation (CNDSF) was created. It was originally named Alliance of Canadian Terror Victims, but the families of those lost in 9/11 wanted to take the terror out of terrorism! CNDSF is focused on honouring Canadians who serve their community and county – in uniform or not, in the media spotlight or not. CNDSF aims to reframe the tragic events of 9/11 and instead use the day to celebrate our values with a message of gratitude rather than regret.

“I hope this National Day of Service, observed hereafter on September 11, will inspire Canadians to once more show the same kind of compassion to strangers in need, by engaging on that day in charitable activities, fundraisers and community service for worthy causes across the country.

It is a fitting way to pay tribute to the Canadians and others who were lost in 9/11, to show continued support for the families of victims, to honour the sacrifices made by those who served in the rescue efforts, and to turn an infamous date into a day of hope marked by a communal outpouring of warmth and generosity.” –Prime Minister Stephen Harper

On September 11th, The National Day of Service, we can best remember by giving back. It is also a day to remember the courage and compassion in the aftermath of 9/11 and rekindle the spirit of kindness and goodwill that unified our country. Every year the CNDSF focuses on a special cause – one that may not get recognition or funds that are so necessary. This year, it is an honour to ‘join forces’ with Wounded Warriors Canada and help support the Canadians who serve our Country.

As September 11th approaches, we encourage you to visit The Canadian National Day of Service Foundations profile page, to learn more about the organization.