This post features an interview with Alice as part of our refugee series, Leaving Home: A Series Exploring the International Refugee Crisis. The multi-part blog series features stories from those on the ground, as well as the response from charities and Canadians across the country. 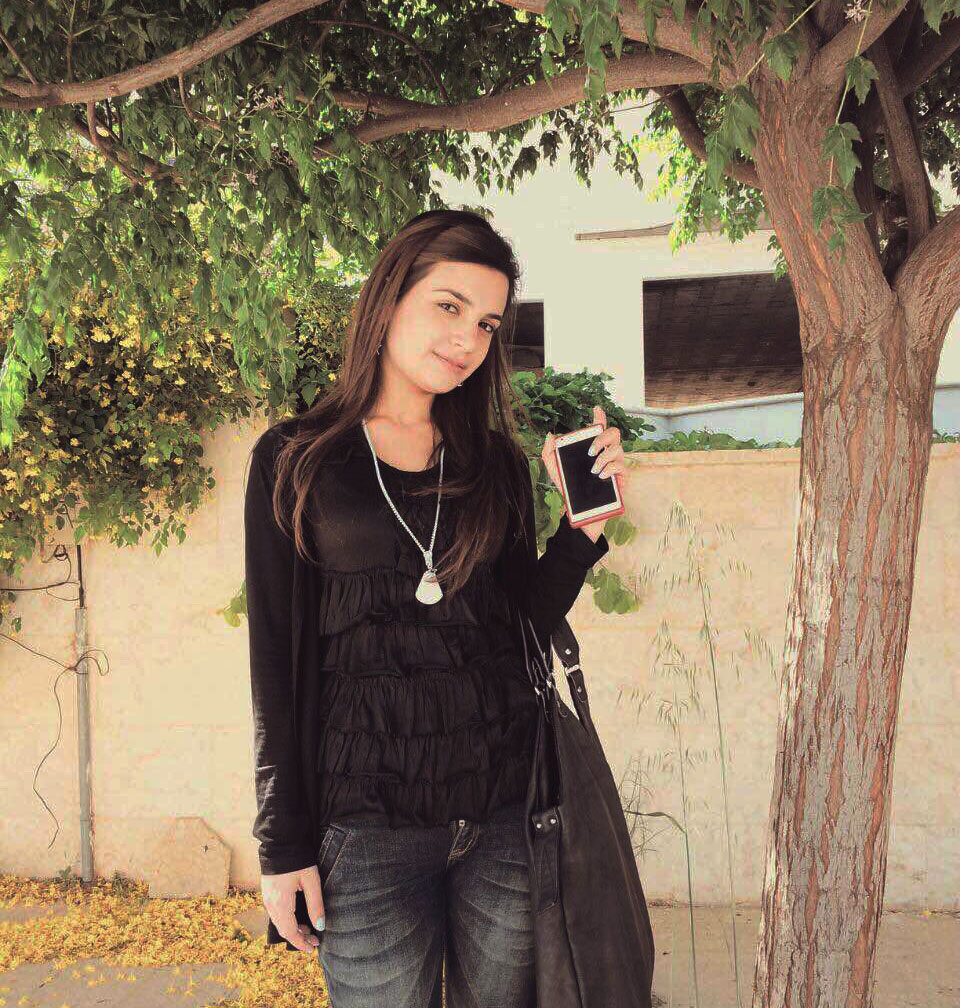 Alice was an ordinary student living in Syria and studying pharmaceuticals when her life drastically changed as violence drove both her and her family out of Syria and into Lebanon while civil war overtook what she used to call home. With the help of the World University Service of Canada, a Canadian charitable organization funding the costs of bringing marginalized youth to Canada to provide them with education and opportunities, the following interview with Alice tells the story of her life in Syria, her time in Lebanon, and her move half-way around the world to Canada.

CanadaHelps: You’re originally from Syria where you were enrolled in university as a pharmacy student. Can you tell us about your time living in Syria and what every day like was for you?

Alice: I am from Syria, born and bred. My father is a landscape engineer and my mother has a bachelor degree in Arabic literature. I have a 23 year-old-brother who use to study dentistry in Syria, and an 8 year-old-sister. My aunt also lives with us and she has a bachelor degree in graphic design. I graduated from high school with a GPA of 95 percent and went to the International University for Science and Technology to study pharmacy. The first year of my education was “war free” but by the end of my first year the war started. I did my second year of pharmacy while the war was still in its beginnings, but when I finished the second year, the war started getting worse and the road to my university was dangerous so I had to take a year off university which was one of the hardest things for me as I was a hard working student. My university changed their location a year later to a relatively safer place downtown and I got the chance to go back and do a third year. After that, the war got worse even in the city and it was dangerous to stay there as it was chaos everywhere. There were kidnappings, grenades, bombs, or people taken at checkpoints so it was not safe at all for my family and I, so we decided to leave seeking a better life. My life in Syria was simply perfect as I had everything I wanted: a big loving family, lots of close friends, and my small family of course who mean the world to me.

CanadaHelps: After leaving Syria due to the civil war, you traveled with your family to Lebanon. Can you tell us about your journey and time there?

Alice: We left Syria hoping to move forward to another safe and decent country, and we planned to stay in Lebanon temporarily but all the roads were closed just because we are Syrians. Our main goal was to move out and start a new life. We went to Lebanon by the end of 2014 and I didn’t get the chance to do anything there as it never felt home to me. A place where you get treated differently and you are not allowed to work can never become home so I tried to apply for scholarships in Canada as we wanted to come to Canada and dad’s first choice was Canada. My family is still in Lebanon which is an open wound in my heart that never stops hurting. Our file has been selected in the Office of the United Nations High Commissioner for Refugees (UNHCR) for resettlement and we did the interviews for resettlement in March 2015 and even though we recommended Canada as our first choice and the government took 25,000 Syrians, my family didn’t get a place.

CanadaHelps: Life was difficult for you and your family in Lebanon. Can you tell us about this?

Alice: Life is difficult for Syrians in Lebanon because you never get the chance to move on, have a normal life and feel comfortable as you always feel like an outsider. Also, Lebanon isn’t very much different from Syria. A lot of gangs and kidnapping happen there so it’s not safe.

CanadaHelps: Can you tell us about how you came to Canada through the World University Service of Canada? Did you apply and what type of support do they provide you?

Alice: I saw a post on a Facebook page called “Jousour Syria” talking about a scholarship and resettlement program in Canada by the World University Service of Canada and I applied with my brother. We received separate emails informing us of an English test in the Canadian embassy and when we went and took the test, unfortunately he didn’t get accepted as it was very competitive. I got accepted and went to the next step which was an interview and then I had to fill out some files about myself for my future sponsors. Then I took the IELTS test which was the last step.

The World University Service of Canada found a spot for me at the University of Toronto Mississauga and are sponsoring me for the first year. The process was really good and relatively fast as we applied in August and came to Canada in January. The World University Service of Canada are very hard working and kind as they gave me the opportunity to start a new life and I owe them everything for this. Same goes for the student union at the University of Toronto Mississauga who took care of me when I came here. For some people an opportunity like this is something normal or something easy to get, but as a Syrian, getting the chance to move into a country like Canada and getting the help to move forward is something so big. People are dying for such opportunity and not getting any help or any acceptance and I am talking from my personal experience and the experiences of relatives and friends who are fighting for their lives and trying so hard to travel and move on but not getting the chance that I was lucky to get.

CanadaHelps: How has life been like living in Canada so far?

Alice: I still cannot judge the life here as I cannot feel well until my family are here with me safe and happy. All I can tell is that Canada is a beautiful place with a welcoming nature and has kind people to be surrounded by. I haven’t experienced much yet as I arrived late and got so busy studying. I have faced so many challenges here, but my first one is being without my family which may not be a big deal for a lot of people, but for me, it’s unbearable as we are so close to each other, but especially me and my little sister who is so attached to me and basically a piece of my heart. Knowing that they are not happy there and so eager to come here hurts me even more as I feel useless and hopeless even though I have tried all the doors to bring them here but can’t do anything.

The second big challenge is education. I was so close to graduating in my old university and because Canada has a different system, I didn’t get the chance to continue pharmacy and I am doing science now. It is so hard as I was so close to become a pharmacist and I don’t even know if I can ever make this dream come true as it’s highly competitive so the fear of not following my dream and the sadness from taking courses in a field that’s not mine is really exhausting for my mind and soul. I faced other challenges but nothing that I cannot deal with. They are just challenges because of a new life and a new culture.

One Response to “Alice’s Story”