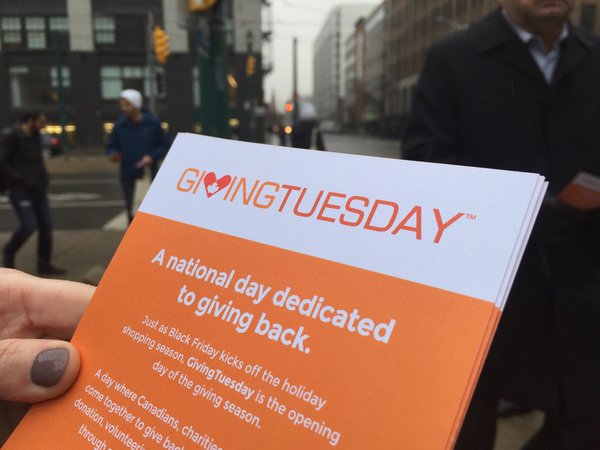 December 1st 2015 was Canada’s 3rd annual GivingTuesday! GivingTuesday is the opening day of the giving season; a day where Canadians, charities, and businesses come together to give back, whether it’s making a donation, volunteering time, or spreading the word through social media.

This year at CanadaHelps, we decided to take to the streets of Toronto to spread the word about GivingTuesday, and make sure as many Torontonian’s as possible knew about this national day dedicated to giving back. We decided to not only spread the word about GivingTuesday, but thought it would be even better to help Canadians kick-start their holiday giving.

We did this by giving out thousands of $3 CanadaHelps Charity Gift Cards.

People who were given the cards could easily redeem online, and donate the $3 to any registered Canadian charity. We were so pleased to partner with COMMUNITY, a Toronto based ad agency who generously provided the design and printing for the 6000 gift cards. 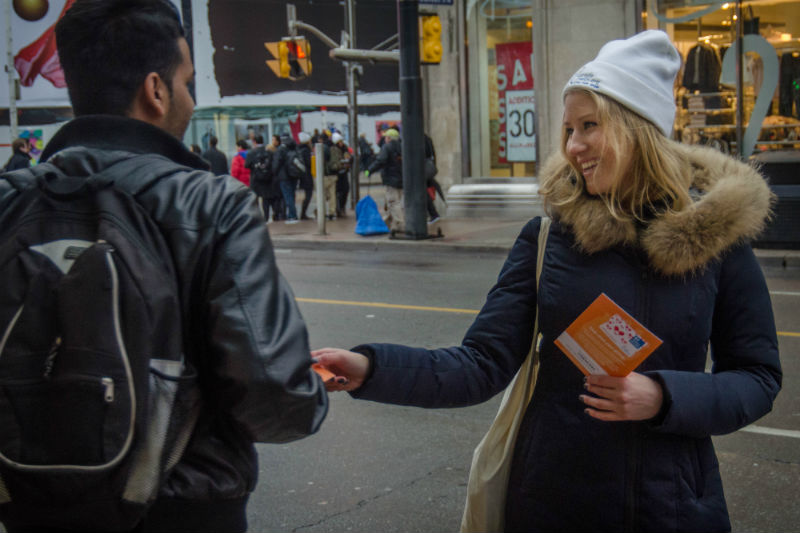 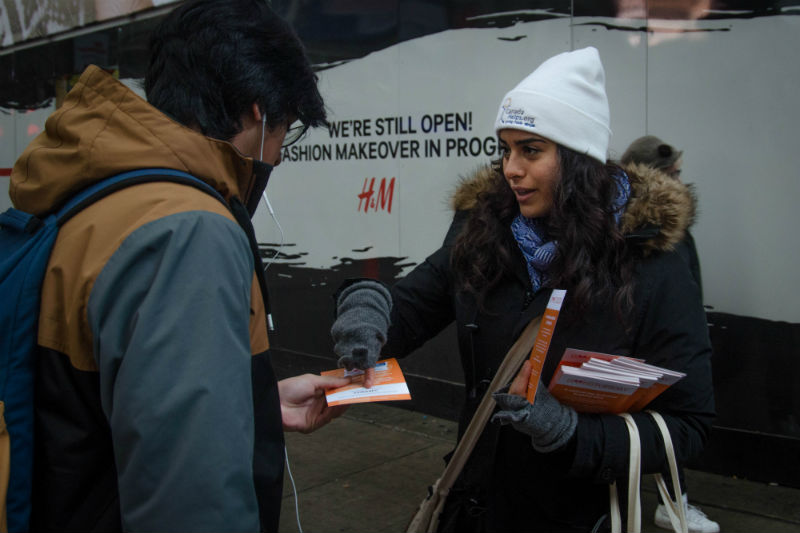 We spent the morning at Union Station and Yonge & Dundas with Breakfast Television, a ton of volunteers and four amazing charities. Everyone pitched in to help give out the gift cards, and spread the word about GivingTuesday Canada.

More about our charity partners for this event:

The Shoebox Project collects and distributes gifts in the form of shoeboxes to women who are homeless or at-risk of homelessness. These gifts brighten the holiday season and act as a powerful reminder for a woman that she has not been forgotten by her community. They used GivingTuesday as a day to remind the world that “it’s what’s inside that counts”. They encouraged people to make a Shoebox for a woman in their community. Then, to send The Shoebox Project a video featuring the shoebox and let them know why ‘what’s inside’ might make a difference to the recipient.

Furniture Bank is a charity, and social enterprise that picks up gently used furniture and houseware from all across the Greater Toronto Area. They transfer these items to individuals who have recently transitioned out of homelessness and displacement. In the process, they help turn empty spaces into a true home. Furniture Bank committed to using the funds pledged to their charity on GivingTuesday to ramp up their efforts to serve Syrian refugees who will be coming to Toronto to resettle, and ensuring these newcomers have furnished homes.

Covenant House Toronto is Canada’s largest homeless youth agency, providing the widest range of services and support under one roof. Each year for GivingTuesday, they do a TTC Coin Drive. Volunteers are assigned a subway station and ask commuters to spare their change to help homeless youth.

GlobalMedic is a Canadian International Disaster Relief Organization comprised of volunteer paramedics, firefighters, police officers, doctors and nurses. They have successfully implemented over 100 disaster relief missions worldwide. GlobalMedic used GivingTuesday as a day to educate and promote Canadians on their Syrian refugee programming.

The morning was such a success that CanadaHelps staff took to the streets again in the afternoon, giving out cards near our office at Adelaide & Spadina.  We encouraged even more people to give back to the charities and causes they care about.

From everyone at CanadaHelps, we want to say a huge THANK YOU to all those involved in making yesterday such an awesome and fun GivingTuesday!