As a consequence of colonial-era laws, Indigenous communities have been barred from funding and managing their own water treatment systems, and the federal government bears responsibility for fixing problems.

Certain communities, like Curve Lake, have issues with E coli in their water. Others, like Grassy Narrows, struggle with a legacy of toxic heavy metals, a remnant of negligent industry. In some cases, water is tainted by parasites and bacteria that occur naturally. In others, reactions between organic material and chemicals used to purify water can create unsafe water.

Despite being one of the most water-rich nations in the world, for generations Canada has been unwilling to guarantee access to clean water for Indigenous peoples. The water in dozens of communities has been considered unsafe to drink for at least a year – and the government admits it has failed.

In 2015, Justin Trudeau, then campaigning for the country’s top job, made an ambitious promise to end the scourge of unsafe water in more than 100 First Nations communities across the country. But today the federal minister overseeing the issue acknowledges the government has missed its March deadline on its own five-year promise, and says he has “no credible excuse” for how communities that have gone decades without clean water still lack access.

“It’s unacceptable in a country that is financially one of the most wealthy in the world, and water rich, and the reality is that many communities don’t have access to clean water,” the federal Indigenous services minister, Marc Miller, told the Guardian in an interview.

Access to drinking water is something few Canadians ever have to think twice about. But the vast geography of Canada and the disparate locations of 630 First Nations communities – some accessible only by plane – makes setting up water treatment infrastructure a logistical challenge.

“I am very concerned and honestly disheartened that this longstanding issue is still not resolved,” the auditor general, Karen Hogan, told reporters, warning it would be years before some communities have their advisories lifted. “Access to safe drinking water is a basic human necessity. I don’t believe anyone would say that this is in any way an acceptable situation in Canada in 2021.”

The auditor also found that a number of the drinking water advisories that the government lifted were the result of interim measures rather than long-term upgrades.

“It seems unbelievable that there are communities that have dealt with drinking water advisories for more than two decades,” said Charles Hume, an elder with the Champagne and Aishihik First Nations. “We’re not looked at the same … we’re actually the last on the totem pole.” 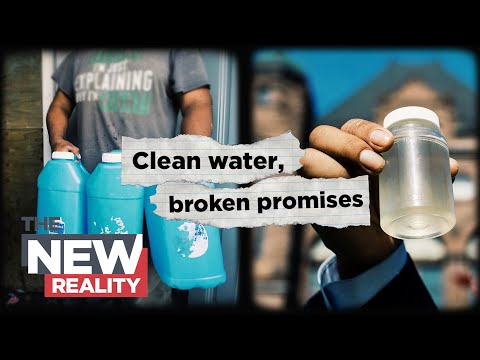