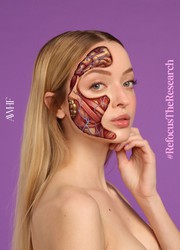 This year I have joined the June Dresses Challenge and have committed to wear a dress every day in June to raise money for a local charity that supports, benefits and empowers women. I have selected the Alberta Women's Health Foundation as the women's initative that I would like to support. The Alberta Women's Health Foundation was launched this year by the Royal Alexandra Hospital Foundation with the mandate to raise awareness and funds for women's health reasearch including  supporting research undertaken by the Women and Children's Health Research Institute and supporting the Lois Hole Hospital for Women Chair in Women's Mental Health Research.

Did you know the following about women's health?

- The majority of artificial hearts are made in a size that's too big for many women.

- Only 9% of medications have been tested for safety in pregnant women, which puts expectant mothers and babies at risk for adverse side effects.

- On average, its takes seven years for a woman to get an endometriosis diagnosis.

- 35% more women die of strokes than men but only 35% of clinical trial subjects in cardiovascular research are women.

- Women are at greater risk for to develop autoimmune disease.

- Each year in Alberta, approximately 300 women are sent home from the emergency department, only to be later readmitted with a heart attack due to the signs of heart attack in women going unrecognized.

Those are the facts. However, you would not need to go far when talking to the women in your life to find anecdotal stories from women that they have lived with symtoms that went undiagnosed for too long, were misdiagnosed or have yet to be diagnosed as a result of the research on which our medical system is based not accounting for the differences in biology and physiology between women and men.

Thank you for visiting my page and for donating to this important cause!