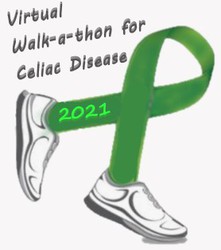 In 2014, I was finally diagnosed with Celiac Disease. It changed my life. Things I had grown up and lived with shifted when Gluten was removed from my diet. Approximately 3 years before my diagnosis, I began to have more serious health issues. It was also taking a toll on my mental health. Celiac Disease is far more than gut issues, which did not manifest for me until the last few years before diagnosis. It is joint pain, muscle ache, debilitating brain fog, balance issues, skin rash, anemia and depression. Being Nutrient deprived leads to many other symptoms, 300 and counting to be exact. The disease impacts approximately 1 in 100 individuals, many of which do not get proper diagnosis. I now know it runs in my family.

Undiagnosed individuals are often made to feel like they are hypochondriacs, or that they have their symptoms treated without looking for an underlying cause.

Being compliant, with the diet is essential to help eliminate some of the symptoms that present themselves. The support of the community makes it so much easier.

I began my involvement with the Manitoba Chapter and the Canadian Celiac Association, originally as a member in 2014. I have since become involved with Executive Board for the Manitoba Chapter -- in 2019 as the Chapter President. A role that has been nothing short of rewarding. I have worked with an incredible group of dedicated individuals and incredible supporters of the community.