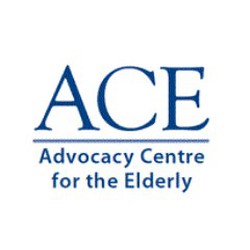 My name is Chris Gafoor, and I am the eldest grandson of Shamdayal Bridj Mohan Sahoy, who passed away suddenly, but peacefully with loving-family, on the 21st of April 2020 during the COVID-19 global pandemic.

My grandfather was a family-pillar, admired community-figure, and a respected Magistrate, Barrister & Attorney-At-Law across several continents. He was a humanitarian who gave back to his community, to the most vulnerable groups during his 36-year illustrious career.

I created this Memorial Fundraiser to honour my grandfather’s work in the legal profession by carrying his work forward, and with your help, we can help support Canada’s first community legal clinic, The Advocacy Centre For the Elderly (ACE), to provide essential legal services to low-income seniors who are greatly affected by "Elder Law" issues.

The Advocacy Centre For The Elderly (ACE), established in 1984, is a specialty community legal clinic that was organized to provide a range of legal services to low-income seniors in Ontario, Canada. ACE was originally organized by members of Concerned Friends of Ontario Citizens in Long-Term Care Facilities and included lawyers, community workers, health providers, a small-claims court judge, seniors' activists and other community volunteers.

ACE receives its primary funding from Legal Aid Ontario, via the Ontario Ministry of the Attorney General, but also relies on money received in the form of charitable donations. However, in December 2019, the Attorney General introduced a $133-million cut to legal aid, which was suppose to rise by $31 million by 2021-22.  Ultimately, the most vulnerable, low-income seniors, will continue to suffer far into the future unless we step-in to help offset these funding cuts.

ACE is a registered trade style of the Holly Street Advocacy Centre For The Elderly Inc., which is a registered charity with a charitable number: 106 686 728 RR 0001. Therefore, your donation is 100% Tax-Deductible.

This Memorial Fund will help low-income seniors, the most vulnerable group in our society, afford legal services, including advice, education, and representation for important issues that affect this group during this global pandemic, some of which include:

·       Abuse, or threats of abuse, whether physical, emotional or financial;

·       Quality of care in Long-Term Care Facilities or other seniors’ residence;

·       Pressure to move out of a retirement home or problems with care services;

·       Inappropriate use of a Power of Attorney provided to a relative or a friend;

·       Money or property taken by someone in a position of trust or authority without proper notification or consent.

In addition, your donation will help ACE to provide law reform, public legal education, and community development activities for seniors’ organizations, health and social services providers, and other groups interested in seniors’ issues. Ultimately, our wish is to contribute to protecting senior residents’ Bill of Rights in long-term care homes. Let’s help the next generation avoid the recent and ongoing tragedies being experienced by our senior citizens.

Shamdayal Bridj Mohan Sahoy  (aka ‘Sam’, ‘Uncle Sam’ ‘Daddy’, ‘Grandad’, ‘Great Grandad’) was born on the 12th of May 1928 in Aurora, Essequibo Coast in Guyana and died peacefully on the 21st of April 2020, at the age of 91, in Markham, Ontario. He is survived by four daughters, eight grandchildren, five great grandchildren, and two macaw parrots. He is preceded in death by his wife, four siblings and his eldest daughter.

In April 1960, Sam graduated as a Barrister-at-Law from the Honourable Society of the Middle Temple in London, England whilst supporting four children back home in Guyana. He practiced law for eight years before being appointed Magistrate of the Georgetown Judicial District and Magistrate of the Interior Courts; these appointments were considered to be one of the highest in the judicial system, equivalent to a Provincial Superior Court Judge, in Canada.

In 1970, Sam made a difficult decision to emigrate from Guyana, sacrificing an illustrious life which he made for himself and his family in Guyana, during the chaos of the Forbes Burnham government. Burnham was regarded as a ‘strongman’ who embraced his own version of socialism based on autocratic and nationalistic policies. Burnham ruled Guyana from 1964 until his death in 1985, a period marred by repeated accusations of Afro-supremacy, state-sanctioned violence, electoral fraud, and corruption. That year, Sam settled in Canada, eventually attending McGill University and the University of London to complete his studies in law.

In 1981, Sam achieved an LLB from both universities and added a Bachelor of Civil Law from McGill University which opened his doors to practicing law in Quebec.  In 1982, Sam was called to the Ontario Bar and subsequently called to the Jamaican Bar in 1984. Between 1982 and 1996, Sam managed a General Law Practice for Civil, Family, Criminal, Real Estate, and Immigration Law, employing two junior solicitors and a support staff of eight. He appeared before the Federal Courts of Canada, Supreme Court of Canada, Ontario Court (General Division), Appellate Courts, and various Administrative Tribunals before closing his practice due to medical reasons.

Throughout his career, Sam held himself and his family to the highest standard of the law, fought against injustices for thousands of clients globally, and protected their constitutional rights and freedoms. During his 36-year career, Sam grew a passion for Immigration Law and took on countless Pro-Bono cases for immigrants and refugees fleeing their homeland to start a new life in Canada. This was Sam’s way of giving back to the global and local communities in which he served with great pride!

Leading up to his final days, whilst living at a long-term care facility in Markham from mid-2018 to 2020, Sam's health and medical condition quickly deteriorated. Sam would sustain regular falls, injuries and bruising to his appendages whilst under the care of the facility. His family had inquired and made several complaints about the quality of care that Sam and other residents were receiving with the Ontario Ministry of Health and Long-Term Care, but such calls went unanswered.

In February 2020, the news of a global pandemic, COVID-19, swept across Canada and killed thousands of vulnerable senior citizens in long-term care homes. Around the same time, Sam’s immediate family installed a surveillance camera in Sam’s room to monitor his health and safety. Within days, a horrifying discovery had been made; the surveillance camera caught a personal care worker stealing Sam’s evening snack then feeding him the balance using the same spoon she had just used to feed herself, during a time of rapid infection of the COVID-19 virus.

Shortly after, during the lock-down of all long-term care facilities across Canada, the family refused to allow Sam to die alone in what would surely be his death sentence. His family called for immediate action, removing Sam from the long-term care facility on legal grounds, so that he could live out his final days with loving family. Sam was moved from the facility on the 24th of March 2020 and quarantined with his daughter and great granddaughter during the global pandemic, at their residence in Markham, Ontario.

Twenty-eight days later, at approximately 10:45 am on the 21st of April 2020, Sam finally succumbed of natural causes, at the young age of 91. However, due to the global pandemic, family was prohibited from accompanying him on the day of his cremation and no formal service was held due to government-enforced restrictions. At the time of this writing, Covid-19 is responsible for the deaths of tens of thousands of senior citizens globally, who never stood a chance to say ‘goodbye’ to their loved-ones.

“There is a higher court than courts of justice and that is the court of conscience. It supercedes all other courts.” -      Mahatma Gandhi (1869-1948)