The Academy of Canadian Cinema & Television is the largest non-profit professional arts organization in Canada. We are dedicated to recognizing, advocating for and celebrating Canadian talent in the film, television and digital media sectors. Our more than 4,500 members encompass industry icons and professionals, emerging artists and students. Collectively, we deliver professional development programs and networking opportunities that foster industry growth, inclusion, and mentorship.

In 1949, the Canadian Film Awards began with Mary Pickford hosting our early awards which have grown into the Canadian Screen Awards. In the years since then, we’ve celebrated over 6,000 men and women in film and television for their extraordinary performance on both sides of the cameras. Today, our awards celebrate more than the achievements of the winners; they play a key role in advancing our industry, which is now light-years ahead of where we began.

Today, the Academy is stronger than ever.  We serve the needs of over 4,500 professionals. We have a host of professional development events and programs to develop emerging talent and uphold Canada’s reputation as home to some of the world’s most skilled screen professionals. We also preserve the nation’s film and television heritage through restoration projects. We collaborate more and more with other screen groups to open the doors to film, television and digital media as a career choice for a wider and more diverse audience.

We don’t need to tell you how important the screen arts are to the perception of our Canadian identity at home and around the world. But we’ll remind you of the economic clout our industry now has: in 2014, Canadian film and television contributed some $7.5 billion to the GDP. The Academy is in the front row of all this activity: celebrating, educating and encouraging new and broader audiences. And to continue to do all this, we need your help. With more financial support from our community, we can continue our strides to make the Academy one of the best in the world.

The Academy's Canadian Screen Awards is the annual awards show to celebrate the best in Canadian film, television and digital media. Its part of Canadian Screen Week, an all-encompassing celebration of Canadian screen talent through ten events in seven days.

"I was thrilled to take part in the Canadian Screen Awards. Canada’s film, television & digital media production industry is made up of talented individuals both in front of the camera and behind the scenes. The Awards honoured many of our most inspiring artists and creators in this field."

"There are so many great Canadian talents who end up going on to the global stage. But it's so lovely for us to be able to identify them here, celebrate them here and recognize their talent."

"It's amazing to be recognized here among my peers here in Canada and I've worked here my whole life so it's definitely my home and definitely the most amazing filmmakers and TV creators come out of here and I'm just so honoured to be part of it."

"The truth is we need to understand that we have amazing directors and producers, cameramen, hosts and reporters and celebrate them now. Instead of waiting to someone else to validate them first."

"I’m a proud member and honoured to vote."

"It’s our duty as peers to support and celebrate each other however we can. Academy membership makes that possible."

"I had a great experience volunteering for the inaugural Canadian Screen Week. I got a chance to meet a lot of new and unique people as well as get a behind the scenes look at the work needed to put on a successful show." 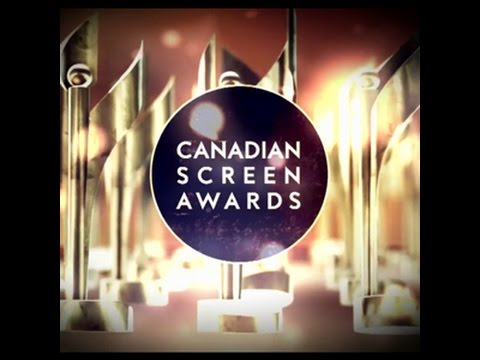