Moved by the current tragedy in countries such as Syria, The Starfish Refugee Project has begun a local sponsorship of refugees. Comprised of residents from the Municipality of Chester, East River and Western Shore, the group has raised over $40,000 and sponcered two refugee families who now live in Chester.  Fundraising is currently underway to sponsor a third family.

The name Starfish Refugee Project was inspired by this story: A storm stranded thousands of starfish on a beach and a little boy was picking them up one-by-one and throwing them back into the ocean. A man watching said “why are you doing that? You’ll never save all of them. Even if you work all day, your effort won’t make any difference at all”. The boy threw another back into the ocean and replied: “It’ll make a difference to that one.” 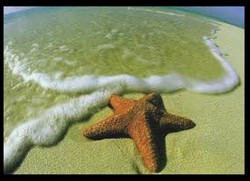