Ernie has taken a turn for the worse and we don’t know why.

This darling four-week-old boy was found alone and abandoned outside of a vet clinic. An ACR foster parent who works at the clinic took him in to be bottle-fed and cared for.

Ernie settled right in. A loving baby, he never wanted to give up his bottle, and was happiest when being snuggled or played with. He relishes the company of other cats and people, and is the first out to greet his fosters when they come home.

So, it was very distressing when a limp started out of nowhere, and it became clear that Ernie had some health issues to work through. A diagnosis was difficult, although calicivirus was suspected.

Several ups and downs followed over the next month. A dangerous infection was discovered in one of his front arms and a difficult decision was made: amputate his arm to save his life. Ernie bounced back from the surgery, and was happy and playful right away. Unfortunately, additional wounds soon appeared, and he has been staying at the emergency vet under the care of a specialist.

While his diagnosis remains unknown, the cost of Ernie’s treatments, tests, vet stays, and specialist appointments have added up. That’s why we’re asking for your help to support his care to this point and going forward.

We won’t give up on Ernie, and his chance for a long and happy life! 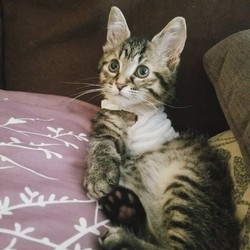 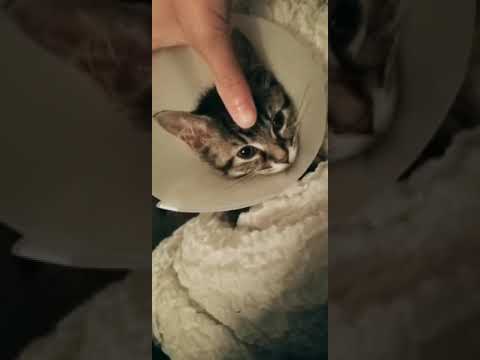