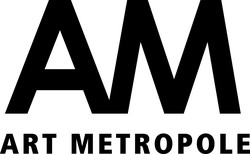 Art Metropole is a not-for-profit organization based in Toronto, Canada, with a focus on the production, dissemination and contextualization of artist-initiated publication in any media, especially those formats and practices predisposed to sharing and circulation.

Art Metropole was founded in 1974 by the artists' collective General Idea as a division of Art-Official Inc., the legal entity that published FILE Megazine. Art Metropole holds an inventory featuring the works of thousands of Canadian and international artists, and operates a small network of shop spaces and pop-up projects designed to disseminate publications and editions.

The organization has also developed a substantial archive in two parts: a collection over 13,000 works and documents from its first two decades of operations, now housed by the National Gallery of Canada; and a second collection acquired since 1997, held in its main Toronto offices on Sterling Road.  Art Metropole continues to produce publications, editions, talks, performances, screenings, and exhibitions as part of its yearly program.