The Assiniboine Park Conservancy's Polar Bear Rescue & Care Team is a group of animal care professionals consisting of veterinary staff, animal husbandry experts and conservation scientists that are called to action by Manitoba Sustainable Development when there are polar bear cubs in need of rescue.

If polar bear cubs under the age of two are orphaned in the wild, there is no chance that they will survive on their own. In their first two years of life, polar bear cubs need their mother to teach them critical survival and hunting skills. If Manitoba Sustainable Development identifies a polar bear in need of rescue, the Polar Bear Rescue & Care Team will help transfer them to the Leatherdale International Polar Bear Conservation Centre.

The Leatherdale International Polar Bear Conservation Centre is a state-of-the-art polar bear rescue and transition facility and is the hub of the Zoo’s research and conservation initiatives. The only one of its kind in North America, the Centre is the first home within the Assiniboine Park Zoo for rescued polar bears. Here, polar bears are given the highest standard of care as they adjust and transition to their new home.

After new polar bears get used to increasing exposure to people they will eventually move over to the Zoo’s international award-winning Journey to Churchill exhibit where they will join other polar bears rescued from the north. Here, these bears act as ambassadors for their species, helping to educate visitors about life in the north and climate change issues. It is our hope that by seeing and learning from these bears, people will be inspired to make changes in their own lives that can have positive effects on climate change and wildlife conservation.

It takes a huge amount of planning and care to rescue and transition polar bears to safety, and provide them with the highest calibre of care once they reach their new home at Assiniboine Park Zoo. But we can only do this with the support of people like you. Please give today. 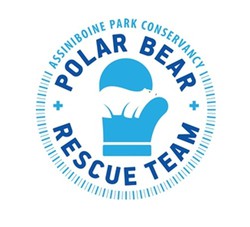