Help further the ecological integrity and resilience of parks

Canada's wild, incredible nature is increasingly rare in the world. British Columbia is especially important as it has some of the last large tracts of wilderness in the earth's temperate zone. It contains more biodiversity than anywhere else in North America and 75 per cent of Canada's mammals. Parks are living arks that carry the magic of life through stormy waters to the future.

At the same time, increased parks visitation and other pressures can impact wildlife and other cultural, heritage and economic values that parks were established to protect. It's important to have good data and scientific evidence about the state of our parks to inform management decisions. But the challenge is we have the sixth largest parks system in the world, covering more than 14 million hectares and five biomes, from the Pacific coast to the Rocky Mountains.

Our strategy for success is to turn parks visitors, staff, volunteers and other partners into citizen scientists. That way, we can collect big data for use in partnerships with technology companies, satellite image developers and leading researchers around the world to drastically increase our knowledge of parks, all while informing decisions and creating more park stewards.

- Donate $39.75 to support citizen science volunteers collect critical data about our local wildlife and their habitat in order to help inform protection efforts.

- Donate $165.62 to contribute to the purchase and installation of remote cameras within BC’s provincial parks in order to gather invaluable data.

- Donate $231.87 to help researchers collect and analyze wildlife DNA samples to better understand the health, abundance and distribution of our most treasured wildlife.

By helping us create citizen scientists, you are contributing to a revolutionary change in the way that we understand and protect parks. Your contribution will help citizens and scientists work together to gather the vital scientific data needed for protecting our beloved wildlife and their homes. 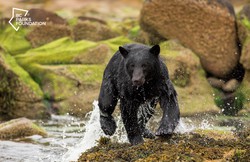