GivingTuesday is a National Giving Day

Most people know about Black Friday and Cyber Monday, but do you know about GivingTuesday? Get ready, because Canada’s second annual GivingTuesday happens on December 2, 2014.

GivingTuesday is a movement founded by CanadaHelps and GIV3 in Canada that marks the opening day of the giving season. The Tuesday after Black Friday and Cyber Monday, the movement encourages individuals and organizations to join together and find innovative ways to give back to the charities, causes they support, and their communities throughout the holiday season.

With your help, together we can make GivingTuesday 2014 an even bigger success.  Your generous donation will be used to support our press, media and social outreach efforts to ensure every charity, corporation, blogger, and Canadian are aware of GivingTuesday and are inspired to participate! 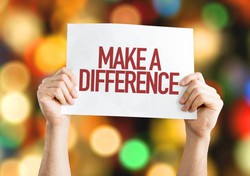