The Viola Desmond Chair in Social Justice at Cape Breton University is named in honour of the pioneer Black businesswoman and civil rights icon who many regard as Canada’s Rosa Parks. In 1946, Viola Desmond was wrongfully arrested for refusing to give up her seat in a racially segregated theatre in the town of New Glasgow, Nova Scotia. The Chair was created in 2010, following the action of the Nova Scotia Government in posthumously granting Viola Desmond a free pardon.

Since its establishment, the first chair holder, Dr. Graham Reynolds, has been active in raising awareness about the history of Blacks and the struggle for racial equality in Canada. Dr. Reynolds has given various presentations at schools and universities throughout the Province. His recent book, Viola Desmond’s Canada: A History of Blacks and Racial Segregation in the Promised Land (Fernwood Publishing, 2016) is the first authoritative and comprehensive account of the Viola Desmond story and the history racial segregation in Canada. It is written for general readers as well as all students of Canadian history. 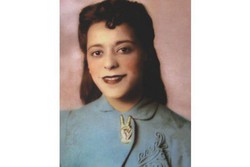