See recent CNN reporting: The ultra-rich are illegally buying cheetahs as pets and it's leading to their extinction

Urgent: We need your support to care for the confiscated cheetahs in Somaliland.

CCF needs funding to help us complete the construction of Phase 2 and support the ongoing operations. Our current facilities and cats are costing us around $10,000 USD per month. Operating costs will increase by about $5,000 USD when the new compound is complete (Phase 2).

Cheetah Conservation Fund (CCF) research indicates an estimated 300 cheetahs are poached and smuggled into the Arabian Peninsula each year to be sold in the illegal pet trade. The demand for cubs is driven primarily by countries in the Middle East, where cheetahs have been traditionally considered a status symbol pet. Most enter through Yemen, exiting the Horn of Africa from points along the northwestern coast of Somalia. Poached cubs originate mostly from Ethiopia, northern Kenya, Somalia and Somaliland, and they are handed off from the beaches in Somaliland to Yemeni fishing dhows waiting in the surf.

The self-declared, semi- autonomous region of Somalia known as Somaliland has become the main transit route for cheetahs trafficked out of East Africa because of its geographic location directly across the Gulf of Aden. However, it is not recognized by the U.N. as an independent country, and it is not a Party to the Convention on International Trade of Endangered Species (CITES), and these two facts impede any official acknowledgement of the wildlife trade occurring there. Despite the government of Somaliland being the most proactive government on the planet in addressing this issue, the geopolitical situation thwarts official progress. As its partner in combating the illegal trade, CCF teams and Dr. Laurie Marker are on the ground in Somaliland working. We can assure you from an insider’s perspective -- Somaliland needs and deserves our help, and so does its wildlife – especially these poor cubs

CCF has been assisting the Somaliland Ministry of Environment and Rural Development (MoERD) with its wildlife trafficking interdiction strategies since 2011, helping the government place confiscated animals in wildlife facilities in Djibouti and Ethiopia. In 2016, the Somaliland law changed, and intercepted animals were required to remain in country. Around this time, CCF has been operating its Cheetah Safe House in the capital city of Hargeisa (pop. 1 million) for cubs rescued from the trade. The close proximity to our first trained caregivers in the country (veterinary students at University Hargeisa), and to the fresh meat vendors made Hargeisa a logical choice to base the cubs, since they are delicate and often need around-the-clock care.

Currently, the situation has reached crisis levels. CCF now has some 40 cheetahs in its facilities. In early October, the Somaliland military conducted an illegal fishing operation that netted 100 Yemenis, 22 boats and 21 cheetah cubs in just a two-week span. Of these cubs, only 10 are alive today. By the time they got to CCF, they were too weak from being deprived of food and water in the hands of traffickers, and it was too late to save them. But with these 10 surviving cubs, plus two more recovered from a rural area in Somaliland around the same time, CCF facilities already bursting at the seams are now on maximum overload

CCF’s Cheetah Safe House provides cubs with ongoing food, medication and care. Working in collaboration with Minister of Environment Shukri H. Ismail, once intercepted, trafficked cubs are taken to CCF’s facilities, where they are examined by a team of professional and volunteer veterinarians and animal caregivers.

Already Africa’s most vulnerable big cat, the illegal wildlife trade drives the cheetah even closer to extinction. CCF estimates 300 cubs are taken annually from small populations throughout the Horn that number only ~300-500 reproducing animals. Dr. Marker estimates it is only a few years before we lose the wild cheetah populations in the Horn, and now is the time to act.

CCF has raised enough funds to build and maintain the Cheetah Safe House since 2017. Last month, CCF began work on a second compound in Hargeisa. It is located two blocks from the current facility, and it will have larger, more naturalistic enclosures for the older cats. Many of the animals we have are now 2-3 years of age, and they need this kind of space. CCF has constructed a building on the property. The next phase involves setting up the enclosures and building out the rest of the facility, with feeding areas and a quarantine.

CCF needs funding to help us complete the construction of Phase 2 and support the ongoing operations. Our current facilities and cats are costing us around $10,000 USD per month. Operating costs will increase by about $5,000 USD when the new compound is complete.

CCF Somaliland is now a registered NGO in Somaliland, with a CCF Staff House, Cook, Part-time Accountant, Project Manager, Fulltime Veterinarian, Fulltime Head Cheetahkeeper, and a rotating team of volunteer veterinarians, veterinary students and volunteers from many countries around the world. CCF is also planning to build a permanent CCF cheetah rescue centre on land designated to be the first national park of Somaliland during Phase 3, beginning in 1.5 years, after initial assessment and planning is complete.

Please help us care for these rescued cheetah cubs and ensure their longterm survival. 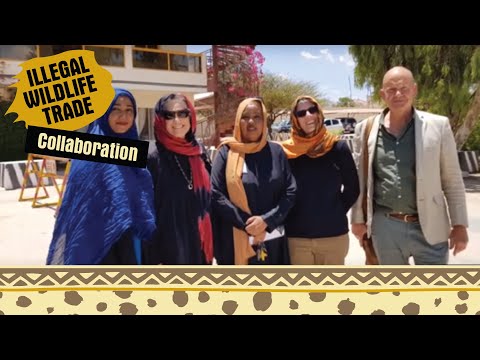 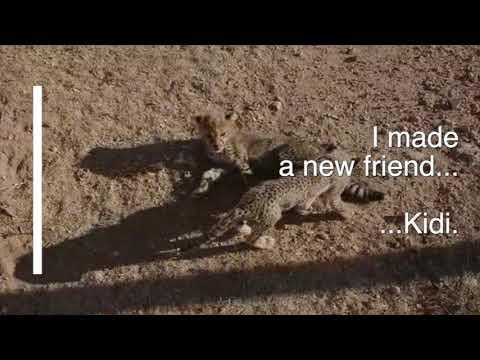