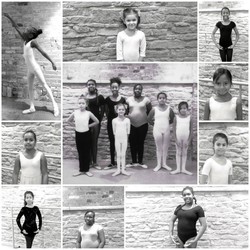 Citadel + Compagnie is an award-winning Toronto-based professional dance organization that creates, produces and presents works on local, national and international scales from its home base in a former Salvation Army Citadel in Regent Park. Since 2007, C+C has renovated, revamped and transformed The Citadel into a place where artists rehearse, create and perform and where the community learns, explores and shares.

After nine years as artistic director of the National Ballet of Canada (1996-2005), James Kudelka was named C+C’s resident choreographer in 2008. This relationship has allowed Kudelka to revisit some of his finest works and made way for challenging new contemporary creations. The presence of Kudelka’s work at C+C has expanded the company’s public recognition, and increased audiences eager to see the work of one of the country’s finest choreographers.

Originally named Coleman Lemieux & Compagnie, founded by Bill Coleman and Laurence Lemieux in 2000, the company was renamed Citadel + Compagnie in 2017 to better reflect the stabilizing effect the ownership of The Citadel has had on the organization. The change also signifies a maturing of the organization, from a husband-and-wife run company to a company with a renewed mandate of fostering cultural participation and nurturing creative excellence.

Recently, C+C has been awarded four Dora Mavor Moore Awards for musical composition, lighting design and choreography. The company was named NOW magazine’s Best Dance Company in Toronto’s Readers Choice category and its performance of Kudelka’s Soudain, l’hiver dernier at the Edinburgh Fringe Festival garnered The Bank of Scotland Herald Angels Award, set to reward performers, producers, venues or artists for their achievements during the Fringe.

"I am in awe of C+C’s resilience, commitment and passion for all that you do for the dance community and for Regent Park. You have made a difference in so many people’s lives, both in the arts and surrounding communities through endless hours of hard work and diligence."