FRIENDS OF THE EARTH CANADA

On November 6th, Friends of the Earth Canada (FoE Canada) and the National Association of Women and the Law (NAWL) filed their Memorandum of Argument of the Proposed Intervenor in the Climate case being appealed to the Supreme Court of Canada (SCC) by Ontario and Saskatchewan.

This filing is an important step by these two organizations to secure Standing before the SCC in advance of the appeal of the Greenhouse Gas Pollution Pricing Act case which is scheduled to be heard in Ottawa in March, 2020.

FOE and NAWL have applied to intervene in this important case because they believe that the federal government has a critical role to play in addressing climate change, and that doing so is essential for upholding the rights of women and girls.

If granted leave to intervene, FOE and NAWL will put forward three mutually reinforcing arguments: (1) taking strong action on climate change is needed to advance the rights of women and girls; (2) Parliament can set national standards for GHG emissions reductions.  At the same time, provinces can and should also reduce GHG emissions; and (3) the climate emergency requires a collaborative response by all levels of government to ensure public safety and security.

Should FOE and NAWL secure approval to intervene, Nathalie Chalifour and Anne Levesque, the lawyers representing the two groups, will argue for an interpretation of the division of powers between the federal and provincial governments that allows for an effective, sustained and collaborative legislative response to climate change.

“In this case, the two provinces of Saskatchewan and Ontario have proposed a rigid and compartmentalized approach to the division of powers that is outdated,” says Beatrice Olivastri, CEO, Friends of the Earth Canada. “It is a zero-sum approach that fails to account for the emergence of cooperative federalism.  Moreover, it is at odds with substantive equality and environmental justice and should be rejected.”

“The division of powers should be interpreted in a way that is equality affirming and thereby aligned with foundational constitutional and Charter values,” says Suki Beavers, Executive Director, National Association of Women and the Law.  “In this case, it means recognizing that cooperative federalism allows both Parliament and provincial Legislatures to enact laws to address climate change, and advance climate justice for women and girls.”

FOE and NAWL are proposing ways forward that consider the unique circumstances of a prolonged and systemic crisis like climate change. Their arguments will show how the Constitution supports all levels of government to meet their substantive equality obligations towards women and girls in Canada while delivering environmental security for all vulnerable Canadians. 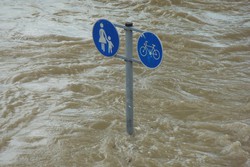