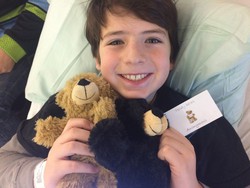 OUR SOLE PURPOSE IS TO SUPPLY NEW TEDDY BEARS FOR SICK CHILDREN IN HOSPTIALS.  WE BELIEVE THE GIFT OF GIVING SHOULD BE MORE THAN ONCE A YEAR.

IT WAS ERIN'S COMPASSION FOR CHILDREN AND ERIN'S LOVE OF LIFE THAT HER FATHER FOUNDED TEDDY BEARS ANONYMOUS.

TO DATE TBA HAS DONATED OVER 156,000 TEDDY BEARS TO THE HOSPITALS IN SASKATCHEWAN FOR SICK CHILDREN.

TEDDY BEARS ANONYMOUS IS OPERATED 100% BY VOLUNTEERS WHICH MAKES US A VERY UNIQUE CHARITY.

100% OF YOUR DONATION GO TOWARDS THE PURCHASE OF TEDDY BEARS FOR SICK CHILDREN IN HOSPITAL.

"Hi Luke, I just wanted to thank you for the fabulous donation of bears! As usual they are fabulous!!! I took some to Radiology as well, and they were very grateful! Keep up the great work, you are changing the healthcare experience for kiddos!"

"My 2 year old son was recently in Emergency as he had cut his head open. He received a Bobcat TY Beanie Baby named Tracks from Teddy Bears Anonymous. It helped him feel better right away and he has been sleeping with it ever since. I just wanted to say thank you! "

"My daughter was hospitalized 7 times from December to march. Each time the teddy bear she received helped her get threw all the needles and tests. She still has every single one. I think this is a great idea. Keep it up."

"We recently took our three year old son to Emergency for what we thought was a broken arm. He was in great discomfort but really perked up when the staff gave him an adorable Gund cow. What a wonderful way to honour your daughter. With our sincere thanks!" 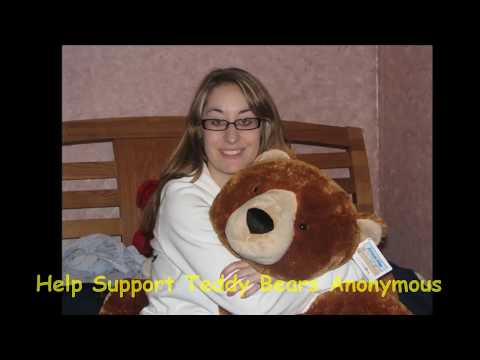