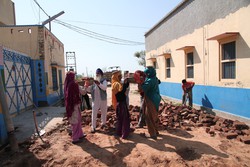 Making a Difference, Village by Village

Founded in 1974 by Dr. Gurdev S. Gill, the Indo-Canadian Friendship Society of British Columbia (ICFSBC) is a registered charity that leads Village Improvement Projects in Punjab, India. We focus on providing clean drinking water, safe sanitation and basic infrastructure to improve the daily lives and health of villagers.

Our projects are unique from other WASH organizations in that we do comprehensive village development. We create a whole system of water management that closes the loop of water use. Our projects ensure that every household has a clean drinking water source and a sewer connection, and that all wastewater is treated. These interventions, coupled with paving roads, eliminates standing water that attracts disease carrying flies and mosquitoes. In this way, we address every major water-related health concern from diarrhea to malaria. The impact is profound.

In India, 163 million people do not have access to safe drinking water and 732 million lack access to basic sanitation (WHO/UNICEF, 2015). Approximately 600 million still defecate in the open and this unmanaged waste seeps into groundwater, contaminating drinking and irrigation water sources. These conditions result in widespread disease, including diarrhea, typhoid fever, cholera, and a number of parasitic and mosquito-borne illnesses (UN, 2014). Tragically, in 2015 alone, 60,700 Indian children under the age of 5 died due to diarrhea caused by unsafe water and sanitation services (WHO/UNICEF, 2015). The situation is at its worst in rural areas, which are home to 62.5% of Punjab’s 28 million people (Government of India Census, 2011).

Long-term studies have shown water and sanitation to be the single most important aspects of good public health in any community (Lindsay, et al., 2014) and thus, intervention in these areas can have a major impact on health, quality of life and livelihoods. In fact, a 2012 report by the World Health Organization shows that each dollar spent on water and sanitation provides a return of roughly $4 in economic productivity and also has clear benefits for gender equality and education.

To date, ICFSBC has conducted projects for 24 villages by working with villagers at a grassroots level to complete the work.

The ICFSBC is vigilant about spending donations wisely and committed to supporting each village it helps. To this end, Dr. Gill spends six months in India each year to personally oversee the Village Improvement Projects.

"Mr. Anatpal Singh (donor for village of Brahmpur) created a heaven on earth for us that we never imagined in our lifetime. He will be remembered by our future generations."

"The incidence of diarrhea and malaria have been drastically reduced in the village since modernization. The villagers benefitted, but it has adversely affected our practice."

"Life is now easy. We have been emancipated from being prisoners of daylight needing to defecate in the dark."

"Our next seven generations will not be in a position to repay the debt to Mr. Singh (donor for Brahmpur) [...] The project enhanced social capital and harmony among neighbours by eliminating petty disputes on account of blocked wastewater channels or arising due to dumping of filth on the streets." 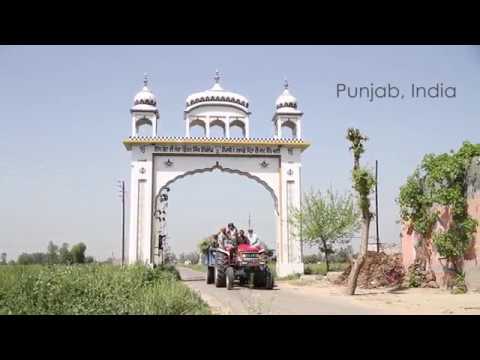