The main public memorials in Thunder Bay to the men and women of the Canadian Armed Forces who protected Canada and its freedoms are the Fort William Cenotaph in front of City Hall and the Port Arthur Cenotaph in Waverley Park. There are also memorials at the Anchorage in Marina Park to commemorate the sailors of the Royal Canadian Navy and merchant mariners of the Second World War; at Hillcrest Park which remembers the Lake Superior Regiment (Motor) of the Second World War, and; the “Wings” Memorial at Thunder Bay Airport which remembers the RCAF aircrew of World War Two. Private memorials also abound around the City. In this centennial year of the end of the First World War, as the City of Thunder Bay assumes the title of the “City of the Poppy”, there are no public memorials to those local citizens who gave their lives fighting in the trenches of the First World War other than our two cenotaphs.

Many citizens from Northwestern Ontario volunteered for service to their country in World War One with the various branches of the Canadian Expeditionary Force and the Royal Canadian Navy.   The infantry battalion raised in the region was the 52nd ( New Ontario ) Battalion. The Battalion went overseas with about 1,000 officers and men. During the War, they suffered so greatly and were reinforced so often that by the end of the War about 4,100 troops had passed through its ranks. The Battalion was awarded 13 Battle Honours and 380 personal awards including one Victoria Cross. Of those volunteers, 743 still lie in “Flanders Fields”.

We have now permanently recorded the sacrifices of all of the citizens from the Northwestern Ontario, army and navy, by erecting a monument to the 52nd ( New Ontario ) Battalion of the Canadian Expeditionary Force as an example of the sacrifice of just one unit in the hope that all citizens, now and in the future, appreciate the price paid for the freedoms we enjoy today. The monument shows the 743 names of the dead from the official fatal casualty list for the Battalion. 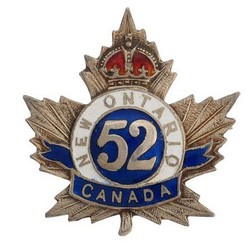 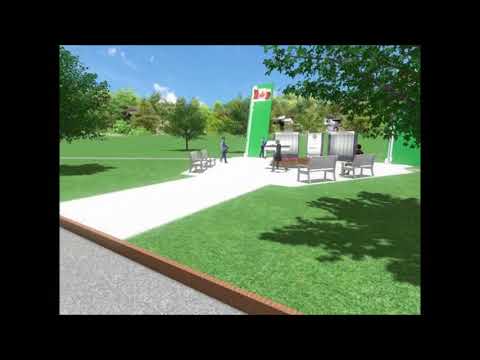 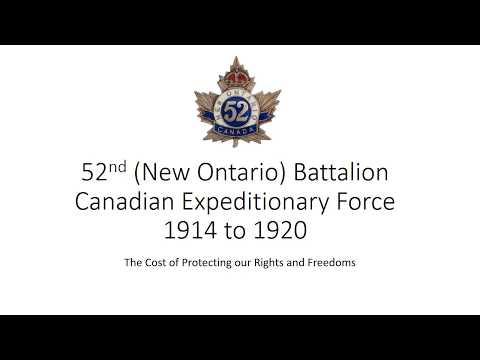 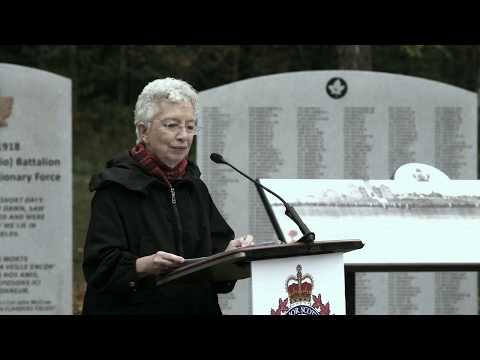