In January of 2016, at the age of 31, Lindsay’s life was just beginning.  Successful in her career, surrounded by friends and family and engaged to be married, Lindsay had reason to celebrate.  Unfortunately, she had developed a persistent cough and the instinct that something was “not right”.  By February, after numerous doctor’s visits, she was given a diagnosis of stage 4 lung cancer.  Lindsay was a non smoker.  Despite her courage and conviction that there was always hope, sadly on September 29th, 2017 she passed away.  Lindsay was an avid advocate for awareness of lung cancer especially in young women, which is increasing in Canada.  The difficulty she had making doctors listen to her and recognize her ongoing symptoms was incredibly frustrating and delayed treatment.  Her family hope to honour her memory by making a difference with this memorial fund. 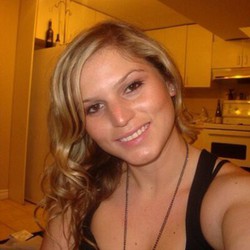