HOPE AND ME - MOOD DISORDERS ASSOCIATION OF ONTARIO

We are proud to announce the first annual William’s Run, a 5km and 10km fundraising walk/run with all funds raised going to Hope + Me The Mood Disorders Association of Ontario – a community based mental health services provider that is a specialist in providing mental health Peer Support.

Here are some things you should know about William Deane:

He has been described in the following ways:

On January 20, 2015, William was diagnosed with bipolar disorder.  He had struggled with his mental health quietly for a number of months, but when it got too much he sought help from University of Toronto Psychiatry. He was open about the challenges he was having. On January 28, he tweeted, “The Bell Let’s Talk campaign is great, but why aren’t we talking about mental health every day?”  On February 25, 2015, this “force,” this “happiest person in the world,” lost his battle with bipolar disorder.

Our family doesn’t know that Peer Support would have saved William, but he was talking about his challenges. He was struggling with new medications and could only see UofT Psychiatry infrequently and for short durations. Had this (very) chatty, bright young man had known that he could pick up the phone or hop on the subway and be speaking with a peer who had bipolar disorder, or join a group with members who suffered with anxiety or depression, or someone who had been through the challenges of trying new medications, he may have just taken that opportunity and it might have made all the difference in the world.

After William’s death, we threw our weight behind a great mental health charity whose major goal was the reduction of stigma. We do not believe the fight to remove stigma from the mental health discussion is over, but we wanted to move our support to an organization that was more activist.  We wanted a charity that provided direct support to those struggling with mental health challenges, and few do it better than Hope + Me. They even have youth programs, which is perfectly in line with our wishes.

William’s story is an inspiring story.  You see, at some point in his life, William had decided he would make it his personal mission to bring people together. After his death, we interviewed over 60 friends, fellow students and teachers. Over and over, we were told that William wanted, more than anything else, to help people meet new people, to draw out introverts and have them try new experiences and engage with others. When William got to university he took this passion even further and his connections grew and grew and grew.

An anonymous donor created an annual special award in his honour, to be awarded by a member of our family each year at his former high school’s graduation ceremony. It reads:

Presented to a graduating honours student who has strong leadership skills, shows compassion for fellow students, has participated in various activities and who is a kind person who seeks to make the world a better place.

William was also a goofball, pure and simple.  A bright young man, that brought people to stitches. So his story is as funny as it is heartbreaking.

William inspired people to connect with others and to live up to their full potential. Using William as inspiration, and Hope + Me as the organization we believe fills a gap in the mental health landscape through Peer Support we hope to make a real difference to those living with mental health challenges.

William had a mission.  We have now found ours. Please sponsor us in the first annual William’s Run in support of Hope + Me. Let’s make Mental Health Peer Support an even stronger pillar in the community mental health response. 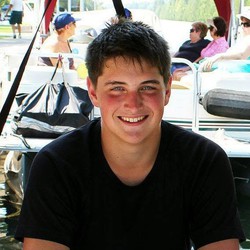