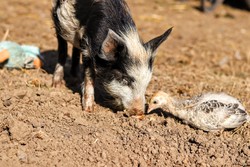 Rescue And Sanctuary for Threatened Animals (RASTA) was founded by Lucie Cerny in January 2001.

Named after her beloved late dog, RASTA is a registered charity devoted to animal rescue and protection through public education.

Originating as Alberta’s premier no kill & cage-less all animal rescue with a unique non-discriminatory approach (open to all animals regardless of breed, size, age or species) almost 20 years ago, RASTA began to see a desperate need for farm animal refuge and advocacy. Over time, this inspiration led to the Sanctuary’s eventual evolution to a permanent refuge for abandoned and abused animals, focusing on farm animal rescue and advocacy.

Formerly located in De Winton (just south of Calgary, Alberta) in 2015, RASTA’s Founder took on the monumental task of relocating the Sanctuary and all of its rescued residents to Vancouver Island for a better quality of life for the animals, sustainability reasons, as well as to help fill a need for farm animal refuge and advocacy in an area which at the time lacked this support.  RASTA once again pioneered a farm sanctuary movement, this time on Vancouver Island!

The RASTA Sanctuary offers a lifelong safe haven to numerous farm animals as well as other domestic animals who for the most part have nowhere else to go.

Honoring education as the most valuable tool in rescue work, RASTA offers a unique one of a kind interactive experience to the public by hosting guided tours to visit the many different types of rescued animals at the Sanctuary.  In doing so, it’s RASTA’s goal to inspire compassion for all animals with no distinction between breeds or species.

RASTA prides itself in being a no kill and cage-less Sanctuary, rather than the conventional approach of a shelter or a pound. The strict no kill policy mandates that only terminally ill or fatally injured animals will ever undergo euthanasia and the cage-less philosophy allows the animals to enjoy freedom and socialization within their own, as well as among other species.

The RASTA Sanctuary operates on a volunteer basis and is maintained for the most part by its founder Lucie, and a handful of devoted volunteers. 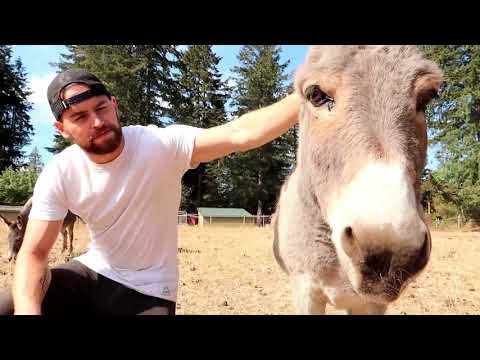