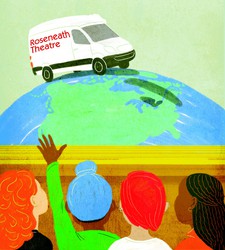 ABOUT ROSENEATH THEATRE: The company was founded in 1983 and is one of Canada’s leading producers of award-winning theatre for children and their families. Our commitment to excellence has earned us many accolades; Roseneath was a recent Finalist for the Ontario Premier’s Award for Excellence in the Arts, and has been nominated for 51 Dora Awards. The company gives up to 300 performances per year to approximately 100,000 young people, making Roseneath the largest professional touring theatre in Ontario.

David S. Craig, Co-Founder, Roseneath Theatre: “Creating theatre for young people has huge challenges and joys. The biggest challenge is to create a dramatic literature that reflects all the complexity and nuance of contemporary life in a way that can be understood by a child… It has to be simple but not simplistic; A pure colour for the child that provokes a catalyst of colours for adults. The biggest joy is the children themselves. They are the best audience. Young people feel emotions with huge intensity. They will eat fast food if that’s all they are given, but they are hungry, starving even, for theatrical feasts.”

ROSENEATH ON-THE-ROAD: Our Artistic Ensembles travel primarily in touring vans throughout Canada and the United States. Our sets are created with an eye to touring, allowing us to expertly adapt to all stripes of venues. We are the only company to have played in every English-speaking school district in Ontario.

YOUR SUPPORT OF ROSENEATH THEATRE:

-Will help give the gift of performance to an estimated 100,000 young people.

-Will ensure access to schools with more limited budgets.

-Will bring award-winning theatre to more remote school districts in rural Ontario that don’t often have access to such work. We bring groundbreaking Theatre for Young Audiences to all corners of the province.

-Will be supporting a venerable arts organization with a proven track record of both artistic excellence and sound fiscal management.

-Will be promoting timely and topical work that reflects the issues to which young audiences connect. 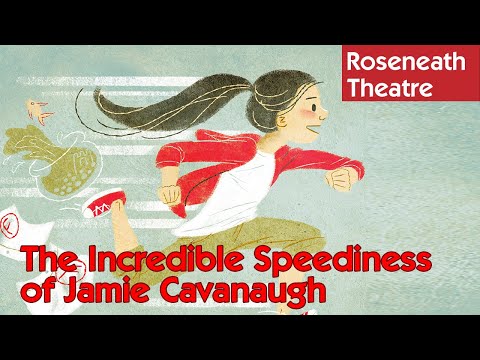