SIERRA CLUB OF BC FOUNDATION 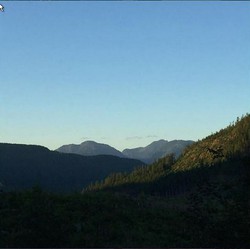 Sierra Club of BC Foundation exists to protect and conserve our natural environment through research, science and education.

About SIERRA CLUB OF BC FOUNDATION

In 1969, a small but dedicated group of British Columbians launched a campaign to protect the magnificent forests and lakes of the Nitinat Triangle and West Coast Trail on Vancouver Island. There were no Canadian environmental groups working on forest and wilderness issues at that time, so they joined forces with the US Sierra Club. That energetic group became the first Sierra Club affiliate in Canada, later joining the national Sierra Club of Canada when it was formed.

40 years on, Sierra Club local groups around B.C. defend old-growth forests and ecosystems, help combat global warming and safeguard our clean air and water. Sierra Club BC staff meet regularly with government and business to ensure conservation viewpoints are heard, and to provide input on policy and budget decisions that affect the environment. Our grassroots base, science-based policies and pragmatism have helped to protect millions of hectares of B.C. wilderness.