To sustain a world-class chamber orchestra based in Toronto. Sinfonia Toronto is committed to educational/outreach programming, providing opportunities for young people and audiences beyond traditional venues and metropolitan centres to connect music with their lives.

Acclaimed as “a world-class ensemble” Sinfonia Toronto is one of Canada’s finest chamber orchestras. The orchestra performs its Masterpiece Series in two of Toronto’s finest concert halls. It presents its concerts at Glenn Gould Studio, where many of its concerts have been recorded and in the Toronto Centre for the Arts.

The orchestra has recorded for its own label, Marquis Classics EMI, Cambria and Analekta on iTunes.

The orchestra’s repertoire includes all the major compositions from the Baroque through classical, romantic and 20th-Century works. Sinfonia Toronto has premiered many new works, and has been praised by the Canada Council for its commitment to performing music by Canadian composers.

Sinfonia Toronto has enjoyed great success in international tours. Its 2008 tour in Germany drew headlines like ‘’Sinfonia Toronto Inspires,’’ and ‘’Sinfonia Toronto Thrilled the Audience.” Its 2010 tour of Spain was greeted with calls for encores at every concert, including a thrilling four encores demanded by the audience at the renowned hall l’Auditori in Barcelona. The orchestra performed in Florida in 2015, and in April 2018 for a two-week tour in Peru, Argentina and Uruguay. Every concert in South America received standing ovations, demands for multiple encores, superb reviews and requests to return. In the fall of 2019 Sinfonia Toronto toured throughout China playing many concerts and holding masterclasses. 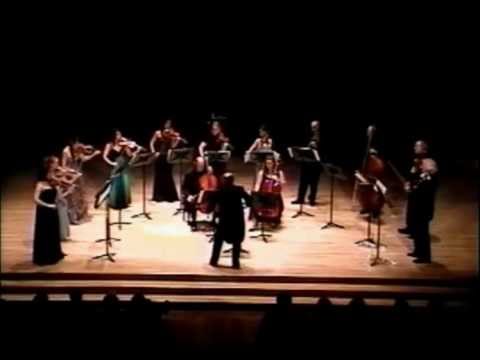