Harry James Hardy bravely fought for our country in the Battle of Normandy during World War II, flying 96 combat missions in a Typhoon Fighter Bomber including 12 ops to close the Falaise Gap and 6 dive bombing trips in the Battle of the Bulge. He was hit by enemy fire 6 times, made a forced landing once behind enemy lines, and was shot down once. In his autobiography, he detailed what it was like over there in WWII; flying from “dawn to dusk” to close the Falaise Gap, lying in their cots at night while shell fragments from anti-aircraft fire fell through the trees around their tents. Yet in his recollection, one can see clearly a sense of camaraderie and community wherever he went.

Harry noted that the army guys loved the Typhoon and saw it as a “you’re all right” nod to the pilots. Letters, logbooks and photos in his autobiography show how much the respect and regard for his fellow soldiers and their families went both ways. News clippings told of French villagers and pockets of Belgian resistance members overjoyed to help the downed Canadian pilots to rejoin their squadron.

Whereas in the air he led Canadian Air Force squadrons, here in the Tetra world he inspired a re-imagination of possibilities for people with disabilities. Harry was a Tetra volunteer since 1994 and during that time created 367 unique custom assistive devices to help people with physical disabilities have greater independence at work, home, school and play.

Throughout the course of creating an innovative solution for a mobility challenge, Harry forged meaningful connections within our community and was a great mentor to his fellow volunteers.

Harry’s autobiography was created to start a family tradition to keep their collective history alive. In Tetra’s history book, Harry J. Hardy will always feature prominently. In 2010 he was one of the first recipients of Tetra’s lifetime achievement award, and in 2017 he received the Sovereign’s Volunteer Medal from the Governor General of Canada for his volunteer work with Tetra. Harry’s legacy will live on for everyone at Tetra.

In loving memory of Harry Hardy, a leader, a mentor, and an inspiration. 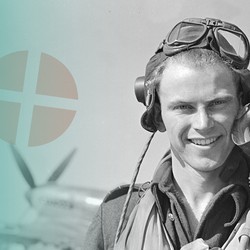