In October of 2018 the Interlake Refugee Support Network brought a young couple to Canada. Khaled and Rima were the fourth Syrian family unit sponsored from Lebanon refugee camps and brought to Manitoba by our group. As soon as they arrived the young couple began working hard at learning English and Khaled soon got a job at a local seed farm. Before one year had passed the couple was fully self suficient and no longer relied on any financial aid.

Several months after their arrival in Canada, Rima learned that her youngest sibling and only brother, Jamil, was diagnosed with cancer. Jamil was 3 years old. This was an incredibly difficult time. Rima knew the conditions her brother was living in were not good. Her family lived in a makeshift hut with other workers on a Greenhouse property. In exchange for the space to have their home, her dad, mom, and two teenage sisters worked in the greenhouse every day to support the family. Though her dad had been a construction worker back in Syria they had lost almost everything in fleeing to Lebanon and barely had enough for basic survival. Rima had no idea how they would pay for medical treatments. Thankfullly, the Lebanon government agreed to cover one round of treatments for Jamil.  Our group anxiously awaited news of his condition.  Several months later we recieved the good news, Jamil's cancer was in remission!

In December 2019, The Interlake Refugee Support Network celebrated with Khaled and Rima as they welcomed their first child.  Their daughter Carissa (meaning, "Here By The Grace Of God") was the first baby born in Canada from the four families we have sponsored. Khaled and Rima were so proud that their daughter was fully Canadian!

Unfortunately, the celebration was short lived. In early 2020 Rima learned that her brother's cancer had returned. Jamil, now age 4 has stage 4 Wilm's Tumour. The doctors in Lebanon said that though treatment would save his life, there was no funding to do so. The Lebanon government refused to cover another round of treatment and there was no other support available for Syrian refugees. Hoping to help, our group also reached out to the doctors in Lebanon asking what could be done. Unfortunately, the cost of the treatments cost more than bringing the entire Khalil family to Canada.

Knowing we were in a race against time, The Interlake Refugee Support Network began filing paperwork to bring Jamil and his family to Canada. Shortly afterwards, our entire nation, and the globe, began to shut down due to COVID-19.  This was a devastating blow to the family. Jamil was already in such a delicate state due to his cancer and at very high risk if he happened to contract any kind of virus.

Then, a miracle! Due to Jamil's condition, the government of Canada has granted Jamil and his family spots to come to Canada!  However, in order to bring the family to Canada, the Interlake Refugee Support Network must raise $20,000 before the paperwork will be fully processed and $40,000 by the time the family arrives in Canada to cover all of their living expenses for the first year.

In a time when the economy is under significant distress and many people are facing either the loss of their incomes or savings or a significant decrease, we know that we are up against a difficult situation. However, our group remains determined to do all we can to help save Jamil's life.  Now, more than ever before, we realize that we are all one.  Everyone on the globe is connected.  Perhaps now more than ever we can identify with families like the Khalil's and how difficult it can be when everything you knew is suddenly changed. We can't help but think of our own sons and brothers and what we would do in order to secure life saving treatment for them!

We are asking you to help partner with us.  We know that you may not feel you have much to give right now but every little bit helps. Some children have already donated their tooth fairy money! Every dollar that comes in bring's Jamil that much closer to the life saving treatment he needs and brings the Khalil family that much closer to a life filled with hope in Canada. You have the ability to bring a miracle to someone's life today!

Please consider helping Jamil on his journey to Canada! 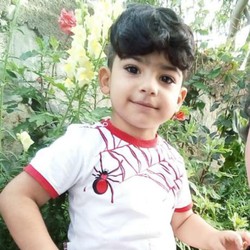 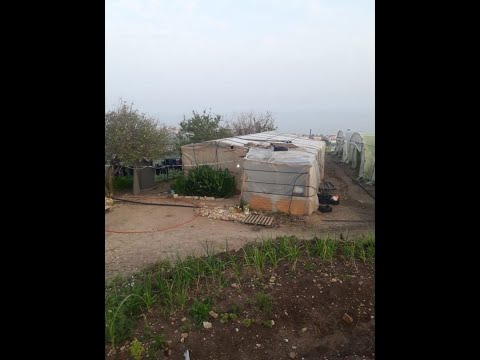