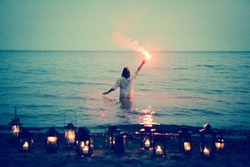 At Necessary Angel, we are in constant pursuit of the alchemy of transforming the best artistic ingredients into masterful, urgent and necessary works of art.

Having produced over 55 productions, including 26 world premieres and 11 North American premieres, the company is considered to be one of English Canada's most important original creation and touring organizations.

About THE NECESSARY ANGEL THEATRE COMPANY

Toronto-based Necessary Angel Theatre Company is widely regarded as one of the most important theatre companies in Canada. Established in 1978 by Richard Rose and now lead by Alan Dilworth, the company has created such innovative and risk-taking plays as Tamara (by John Krizanc), Glenn (by David Young), Not Wanted on the Voyage (adapted from the novel by Timothy Findley), Inexpressible Island (by David Young), Half Life (by John Mighton), Bigger Than Jesus (by Rick Miller), This Is What Happens Next (by Daniel MacIvor) and it Comes in Waves (by bluemouth inc and Jordan Tannahill). Plays developed by Necessary Angel have been presented across Canada and around the world.