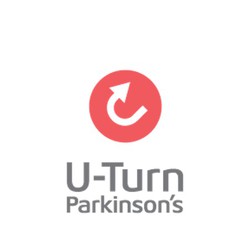 U-Turn Parkinson’s is a Parkinson's Wellness Centre. Our mission is to empower people living with Parkinson’s in their pursuit of wellness.

We are committed to supporting individuals impacted by Parkinson’s through a holistic approach to wellness. We see wellness as an active process through which people become aware of, and make choices toward, a more successful existence.

U-Turn Parkinson’s was founded in 2016 by Tim Hague Sr. who along with his son Tim Hague Jr. won the inaugural season of The Amazing Race Canada. Tim Sr. ran and won the race after having been diagnosed with Parkinson’s in 2011 at the age of 46.

We rely on the support of individuals, foundations and corporations to fund the programs we offer such as Rock Steady Boxing, Yoga Parkinson's and U-Tunes.