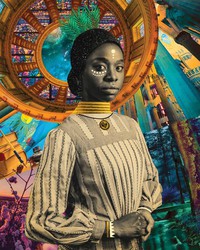 Volcano is a Toronto-based live performance creation company. We work experimentally, collaboratively, and with an eye to making art that is socially and politically current. We work across boundaries of all kinds in this pursuit: geographic, cultural, and formal. We give our artists the time they need to make work that is as good as it can be, often embarking on years-long development trajectories. We keep our works alive for multiple seasons through remounts and touring, and have been recognized in this by over 70 awards and nominations at the local, national and international level. Led by founding Artistic Director, Ross Manson, we assemble hand-picked artistic teams that bring together the best possible people to tell the most relevant stories we can find  – stories that deal with race, politics, history – all the ingredients that make our time and place what it is. Volcano makes theatre that connects Canada to itself, and to the world.

Major projects over the years include:

The majority of Volcano's work has been original, Canadian, and experimental.

""One of those companies that every great theatre city needs - bold, experimental, and bubbling with ideas.""