The CanadaHelps Advisory Council represents experts in their respective fields, drawn from both the public and private sectors. As champions of CanadaHelps, Council members contribute their skills and expertise to help CanadaHelps continue to provide leading edge programs and services.

Advisory Council members serve as volunteers because they believe in our mission and our purpose. We’re deeply indebted to their support and the invaluable gifts of their time and knowledge 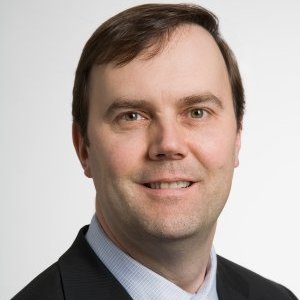 Mr. Fox is currently Chairman of the Board of Directors of Cygnus Investment Partners Inc. and President of W C Fox investments Inc. Mr. Fox was the former Chair of the Board of Directors of the TMX Group Inc (2001-12) and E F Hutton Holdings Canada Inc. In addition, he was formerly a member of the Board of COM DEV International Inc., the Bourse de Montreal, Canadian Investor Protection Fund, CIBC Mellon, CIBC First Caribbean (Barbados), World Federation of Exchanges, McMaster University, Appleby College, CanadaHelps.org Inc, and Junior Achievement of Central Ontario. He was also a member of the Accounting Standards Oversight Council (2008-12). Mr. Fox holds a BA from the University of Waterloo (1971), a MBA from McMaster University (1973) and completed the Advanced Management Program at the University of Pennsylvania’s Wharton School of Business (1992). He is also designated a Chartered Director (C.Dir). from McMaster University – The Directors College (2006) and Honorary Doctor of Laws (LLD) from McMaster University (2007). He was awarded the Queen Elizabeth II Diamond Jubilee Medal (IIAC) in 2012. 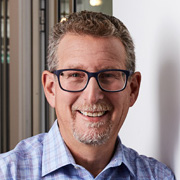 Hershel Harris spent the majority of his career as an executive in the IBM Software Group. During his IBM career, Hershel held roles such as the head of engineering for DB2 and WebSphere, the Director of the IBM Toronto Lab and the Vice President of IBM Software Group Strategy. After retiring from IBM in 2008, Hershel served as the Chief Technology Officer for Georgian Partners, a Canadian growth equity firm investing in software companies. Hershel retired from that role in 2018. Hershel has served as a past board member at the Self-Help Resource Centre, and on industrial advisory boards at the University of Waterloo, University of Toronto and York’s Schulich School of Business. Hershel is active as a volunteer crew leader with Habitat for Humanity Toronto. Hershel holds a B.Math in Computer Science from the University of Waterloo. 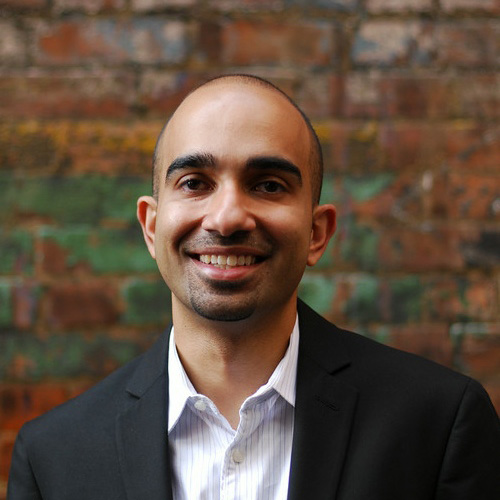 Karim Harji brings over a decade of international experience in impact measurement and impact investing. He is a Senior Fellow with the J.W. McConnell Family Foundation; Programme Director of the Oxford Impact Measurement Programme at the Said Business School, University of Oxford; and Managing Director at Evalysis, an impact measurement and management consultancy. Karim was previously a co-founder and Director at Purpose Capital (now Rally Assets), where he established and led its Impact Investment Advisory practice, and served on the Boards of CanadaHelps and the Responsible Investment Association. 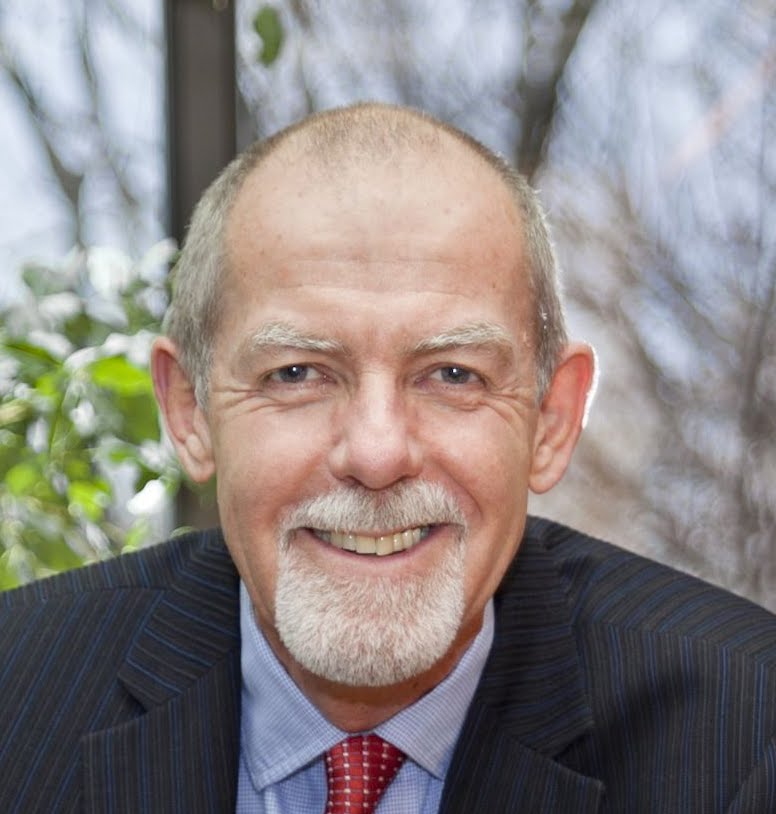 At various times, he has served as Executive Director/CEO of the Walter and Duncan Gordon Foundation, the Canadian Centre for Philanthropy (now Imagine Canada), the Canadian Council on Social Development and the National Anti-Poverty Organization. Patrick has extensive governance experience at the community, national and international level including service on the Board of Directors of Philanthropic Foundations Canada, the United Way/Centraide Canada, the Council on Foundations (Washington) and CIVICUS (Johannesburg). In December 2014, Patrick was appointed to the Order of Canada by the Governor General “for his contributions to the charitable sector”.

Patrick has undergraduate degrees in Political Science and Education from York University and Queen’s University respectively. He also holds an M.S.W. in Social Policy, Planning and Administration from the University of Toronto. 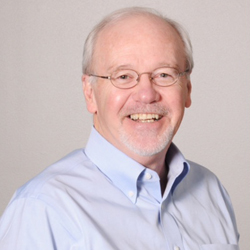 Bill was a founding director of CanadaHelps, serving on the Board from 2000 to 2013 and as Chairman from 2005 to 2012. Bill’s global business career spanned 40 years working throughout Canada, the US, and Europe, and included senior executive positions with such companies as BCE, Nortel, PHH, and Forstmann Little. Most recently he served as CEO and Executive Chairman of TalentWise Inc, an emerging HR technology company based in the Seattle, WA area. Bill, who resides in Whistler, BC with his wife Alice, has three children and two grandchildren. 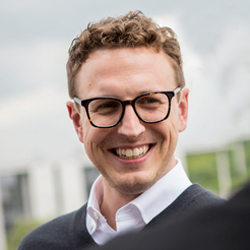 Ryan Little is Global Business Development Manager for Impact Hub, where he is responsible for supporting the organisation’s rapid growth—from 85 locations today with 100 more in planning through 2020—through strategy work, development of products and services, and new approaches to financing, among many other things. Prior to joining Impact Hub, he managed social finance and social entrepreneurship activities at the BMW Foundation.

Ryan was co-founder and Vice President, Business Development of StormFisher Biogas, one of the first major initiatives in the biogas subsector of renewable energy in North America, and the developer of one of the largest biogas plant on the continent. Ryan has been involved in social enterprise and social finance since 2000, when, after exiting Avenir, his business-to-business e-commerce firm, he co-founded the charity CanadaHelps.

Ryan holds an MBA from the Richard Ivey School of Business at the University of Western Ontario, by which he was recently awarded the Emerging Leader in Global Impact Award, and a B.A. from Queen’s University. He is a member of the Board of Advisors for CanadaHelps, Social Entrepreneurship Akademie (Germany), The Changer (Germany), and Lions of Science (Kenya). He is a regular speaker and writer on topics ranging from early-stage investment to green economic policy. He was recently a recipient of the 2016 E&Y Entrepreneur of the Year (Canada) Special Citation for Social Entrepreneurship. 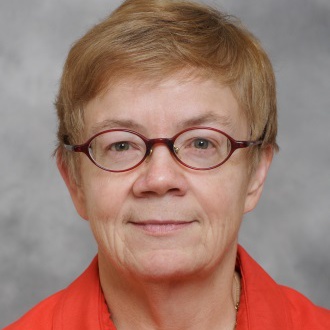 Joan McCalla is retired from her position as Director and Distinguished Fellow with the Internet Business Solutions Group (IBSG), Cisco Systems. Joan worked as part of the global public sector team providing strategic advice to public sector organizations that are interested in how ICT-enabled transformation can help them to achieve their program objectives and priorities.

Joan was an original Board member of the Institute for Citizen-Centred Service and is currently serving as a Fellow of the Institute. The mission of the ICCS is to promote high levels of citizen satisfaction with public sector service delivery through research and other initiatives to promote service quality and innovation. Joan is a graduate of the University of Toronto (M.Sc. Urban and Regional Planning) and the University of Alberta (B.A. Honours Geography). 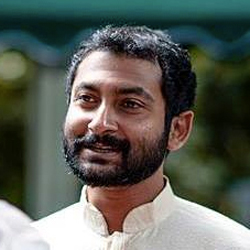 Aaron’s previously worked with the Guggenheim on an urban labs project, co-founded a pilot social enterprise to address housing issues in Mumbai slums, and explored neighbourhood life. Pre-sabbatical he co-founded CanadaHelps and led it for the first two years. He also co-founded Vartana which tried to launch a new financial institution for the social sector, and was part of a small group that advocated for the government to invest into social enterprise.

Aaron is an Ashoka Fellow and a World Economic Forum Young Global Leader. Aaron completed a degree with a minor in Economics from Queen’s University, studied at Oxford University as a Skoll Scholar, and completed an executive education program at Harvard.

Aaron Pereira was born in Goa, and grew up in India, the Middle East, and North America. He now loves making his home in Paris, with a lot of time in India.

Jesse Rasch is the founder and managing director of Hedgewood, an investment firm focused on making value-oriented investments. Jesse has founded, built and successfully sold several businesses over the past 15 years, including the sale of InQuent and WebHosting.Com to AT&T, a transaction valued at over $350MM.
Jesse is a past recipient of the Ernst & Young Entrepreneur of the Year award.
In 2000 Jesse established the Jesse & Julie Rasch Foundation to invest in causes that reflect Rasch’s broad charitable interests.
The Rasch Foundation supports two key categories in its charitable giving – health & medical research and environmental stewardship.
Of particular interest are funding opportunities where a nexus exists between environmental degradation and health issues.
In partnership with Dr. Michael Greger, Jesse established NutritionFacts.org in 2010, a non-profit healthcare site which is now the preeminent, science-based resource for consumers and physicians to lean about plant-based nutrition. 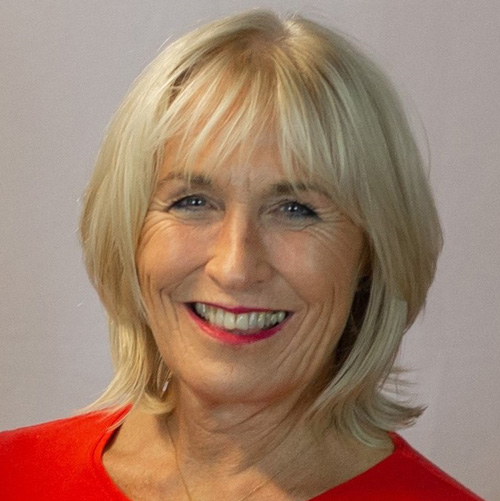 As Chief Executive Officer of YW Calgary, Sue Tomney is responsible for the strategic leadership of more than 300 diverse team members who offer shelter, housing, counselling, language and employment programs to some of the most vulnerable women and families in the Calgary. In September 2019, YW will open the doors to the YW Hub facility in Inglewood with a focus on building a sustainable model to support families in the community for years to come.
Sue has held senior-level positions with both non-profits and corporations prior to joining YW in December 2010: VP, Marketing and Communications for Imagine Canada; Director of Communications and External Affairs at TransAlta Corporation; and Manager, Public Relations & Community Investment for Canadian Airlines International.
Currently, Sue is a board member of Calgary Housing Company and a past-chair of CanadaHelps.org. Recent voluntary sector experiences include serving as a member of the Premier’s Advisory Committee on the Economy; board member for Calgary Chamber of Voluntary Organizations; cabinet member for Calgary’s United Way Campaign; governor for Education Matters – Calgary’s Public Education Trust; and executive committee member of the 2008 Governor General’s Leadership Conference. 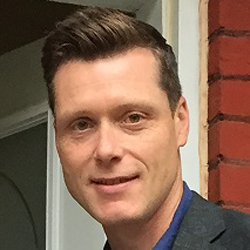 Sean Van Doorselaer is the CEO of Lind Equipment, a Canadian Manufacturer of portable lighting and power equipment based in Markham Ontario. He joined Lind Equipment in 2007 as a member of a new management and ownership team which reinvented a longstanding family business.

Prior to joining Lind Equipment, Sean was Vice President of Social Capital Partners (SCP), an organization that invests in and supports businesses in economically marginalized communities across Canada.

Before Social Capital Partners, Sean was a strategy consultant at The Monitor Group. During his time with Monitor Sean provided strategy advice to top-level executives in Fortune 1000 companies.

Sean holds an MBA from Queen’s University and an undergraduate degree in business administration from the Ivey School of Business (University of Western Ontario). 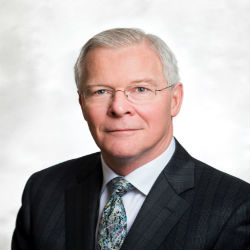 Alec was a founding director of CanadaHelps, assisting in its creation and serving on the Board from 2000 to 2010.  Since 2010, he has been a Director of Hope Air, and currently serves as its Vice Chair and as Chair of its Governance and Nominating Committee.

In his professional life, Alec is a partner in the Toronto office of Borden Ladner Gervais LLP as a member of its Financial Services, Insolvency and Restructuring, and Financial Services Regulatory Groups.  He has extensive experience in advising Canadian and foreign banks and other lenders, as well as large corporate borrowers, in relation to acquisition, project and operating credit facilities featuring multiple borrowers, lenders, currencies, jurisdictions and tiered interests.  Alec is also widely known for his experience and expertise in connection with insolvency and restructuring matters, principally acting on behalf of creditors or court-appointed officers.  Throughout his career, Alec has been recognized in various national and international publications as one of Canada’s leading financial services lawyers in both the lending and the insolvency and restructuring fields.

Between 2002 and 2006, Alec was engaged with Aaron Pereira and others in the initiative to incorporate a Canadian chartered Schedule I bank to serve the charitable sector.  He also co-founded and served as the Chief Operating Officer and General Counsel of NexgenRx Inc., a publicly listed employee health benefit plan manager.