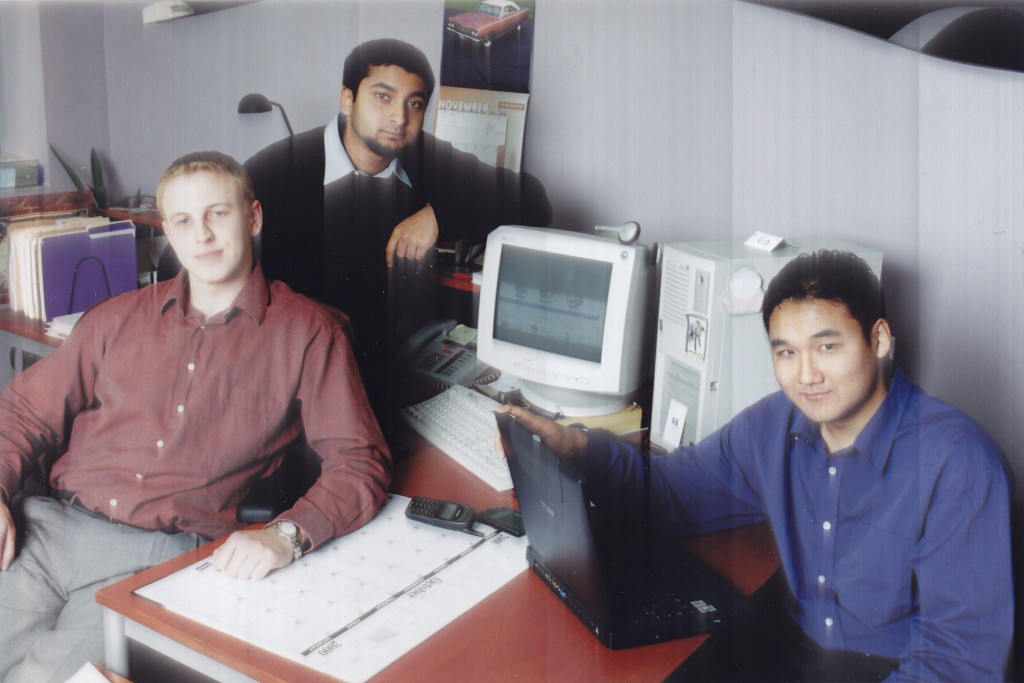 Here at CanadaHelps, we recently celebrated a big milestone. We surpassed $450 million in donations to charities through our platform. This is a milestone we share and celebrate with nearly 1 million Canadians who gave using CanadHelps and tens of thousands of charities who received gifts.

It was an exciting day for us, and we received lots of congratulations and notes of encouragement. So many of these notes spoke to our amazing beginnings – beginnings that shaped exactly who we are today. We began with just an idea. Fueled by passion, entrepreneurial spirits, and the big thinking of three university students, that idea launched an innovation. This is our story.

In 1999, a young university student named Aaron Pereira sat in a church pew waiting for the collection plate to make its way towards him. He wanted to support his church, but as he dug into his pockets, he realized he didn’t have any cash. The dot-com boom was in full swing, and e-commerce was the way of the future. He thought to himself: why aren’t charities collecting donations online too?

Joined by two friends – Ryan Little and Matthew Choi – and with that question in mind, the trio began to put together the concept that eventually became CanadaHelps. They envisioned a way for all charities and donors to benefit from the same technology that helped businesses reach huge markets over the internet.

The students convinced major supporters to back their vision of an engaged donor base online. With Canadian corporations and financial institutions offering donated funds, space and technology, CanadaHelps launched in 2000. In its first year, more than $150,000 was donated through CanadaHelps to charities all across the country.

While today we’re a bit bigger, and our impact is far greater, our approach, passion and commitment to growing giving in Canada is unchanged. We are excited for all the future holds, and will continue to work hard to continue to increase charitable giving across Canada.