Charity Spotlight: This blog post is part of our charity spotlight series and was provided by Kathleen Martin, Executive Director of the Canadian Sea Turtle Network.

Most people don’t mark World Turtle Day on their calendars, but it’s a favourite of mine. Growing up, I wasn’t the kid lifting up rocks looking for salamanders or slipping a net stealthily into a pond to examine a minnow. I was the kid sitting up in a birch tree, reading a book. I liked animals and nature but I didn’t think about them carefully. So when I found myself working with endangered sea turtles, I had a lot to learn, and it wasn’t just the details of biology.

“What happens if leatherback sea turtles go extinct?” I asked Mike James, now a sea turtle scientist, but who was then a graduate student. “If they don’t give people anything—if they don’t do anything to help us—what do we lose?” 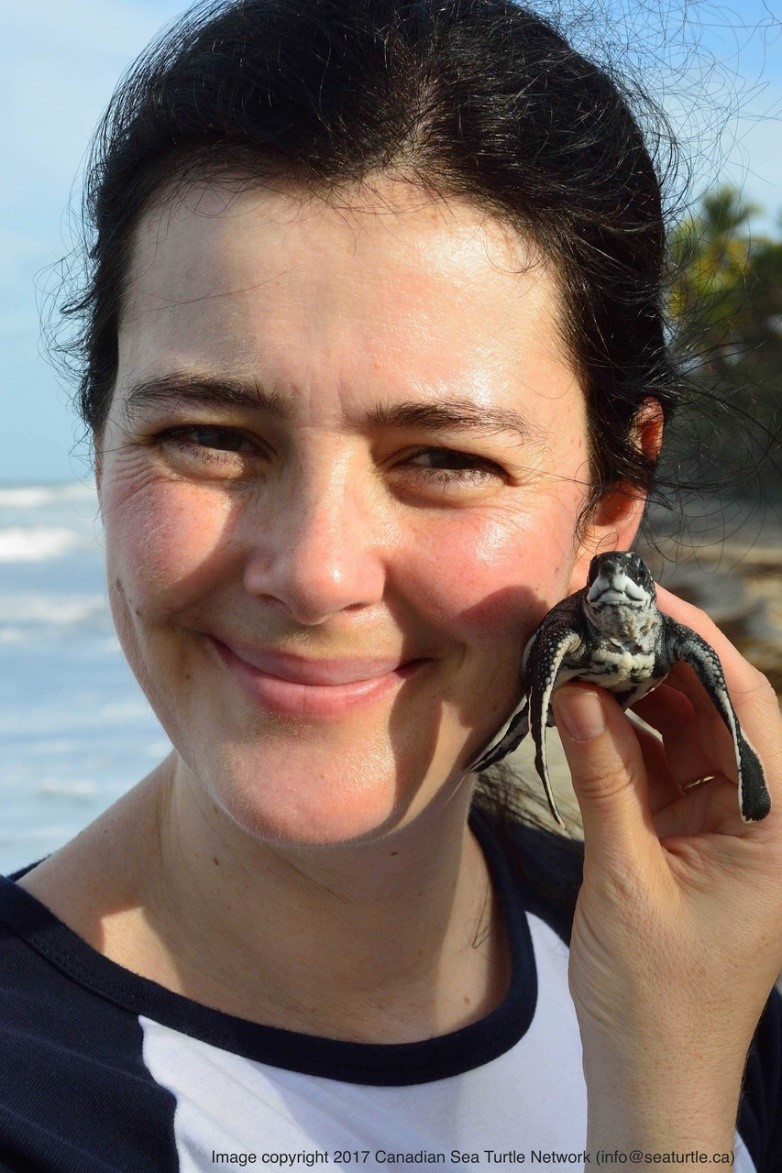 Mike looked over at me and the room became quiet. “It’s not all about us,” he said. “The world isn’t just about humans.”

Something shifted into place for me. The world became bigger. Suddenly I was part of it, standing on the inside, instead of looking at it from the outside.

So Many Millennia, so Many Mysteries

Leatherbacks are amazing animals. They are the biggest sea turtle in the world, growing to be more than two metres in length and routinely weighing more than 400 kilograms. They can dive deeper than a kilometre and can hold their breath for more than an hour. They migrate further than any other reptile in the world. You’d think we’d know all there is to know about leatherback sea turtles by now, but we don’t. They’ve been on our planet for more than 150 million years. When T. Rex roamed the earth, the leatherback’s ancestors swam in the oceans.

But it wasn’t until 1998, when we started studying leatherbacks off Nova Scotia with the help of commercial fishermen, that scientists learned definitively that these animals were routine visitors to Atlantic Canadian waters. Before that, most scientists couldn’t imagine that leatherbacks—which nest in the tropics—would have any reason to be way up here. It turns out that they swim thousands of kilometers annually to feed on jellyfish off our coast. Our work has shown that Canadian waters are actually among the most important feeding grounds for leatherbacks in the world. 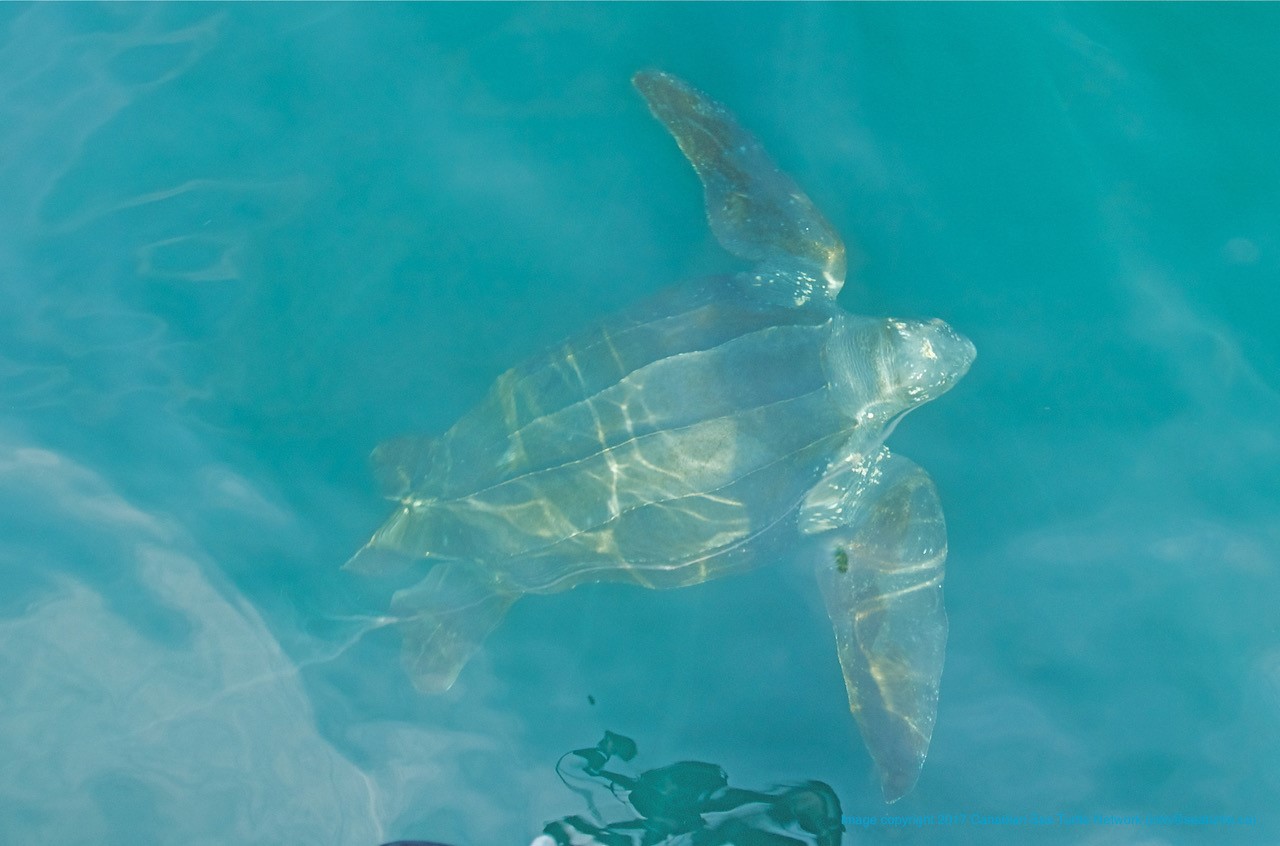 But scientists still don’t know lots of seemingly simple things, like how many years a leatherback can live, or where hatchling leatherbacks go from the time they first scramble to the ocean until they have grown to be longer than a metre.

Leatherbacks remind us that there is a lot to learn. That with all we know and can do as humans, we don’t have the full picture. Not by a long shot.

There are many, many reasons at this point in history to be concerned about the environment. I could add to that long list of worries photographic evidence of sea turtles wrapped up in rope and drowned in fishing gear—or sliced up by poachers on nesting beaches. But I don’t think that this is always helpful. Sometimes, we operate from a place of anger or fear and it is effective, but I think we do best when we operate from a place of curiosity and hope.

Fishermen told us about the leatherbacks they saw because they were curious about the ocean and what is in it. By engaging with what interested them, even a little—just writing down a sighting location or snapping a photograph—they helped rewrite the world’s understanding of this ancient species. I think we shouldn’t underestimate the impact of curiosity, of taking a moment to follow the thread of what interests us in a conscious way.

What I love about jazz is that the next note is usually a surprise. It dares us to be curious about what is to come—to follow the musician’s attempt to capture something that is hard to describe and different for each of us. Something beautiful.

It’s the same for me with sea turtles—the curiosity about what we will learn next and about what will always elude us. And then the part that’s hard to put into words—the piece that hints at something exquisite. Wondering about what it is sea turtles teach just by being here still—despite all odds—with you and I, at this particular moment in the vastness of time.

To learn more about the Canadian Sea Turtles Network, or to make a donation, visit their Charity Profile Page.