Turn on the television, radio, or log onto Twitter on any day and you will see a steady stream of stories shedding a light on what is considered one of our biggest global issues over the past several years—refugees and the plight of displaced persons fleeing from violence and war.

The number of refugees in the world today is truly shocking. According to the United Nations, there are more than 65 million people who have been forced from their homes. Among them are nearly 21.3 million refugees, and over half of them are under the age of 18. From Syria alone, more than 5 million people have fled, and children make up 47.5 percent of this refugee population.

As it stands, we are witnessing the highest levels of displacement on record. These numbers are so large that they are difficult to comprehend and the situation is made even more confusing by the different language and terminology used in the media or government; terms such as internally displaced people, refugees, asylum-seekers, migrants, that they average person may not be familiar with. This means that it can be difficult to understand what these 65 million people are really experiencing, and how Canadians can help.

So, What Is a Refugee?

According to the United Nations’ 1951 Refugee Convention, a refugee is someone who fled their home and country owing to, “a well-founded fear of persecution because of his/her race, religion, nationality, membership in a particular social group, or political opinion.” Related to the definition of a refugee is the concept, Internally Displaced Persons (IDPs) are people who have not crossed an international border but have moved to a different region than the one they call home, within their own country.

But definitions like these don’t really help illustrate what a refugee or an IDP actually is or experiences. Gaining that understanding is challenging without living it yourself. Can you imagine violence erupting near your home? Can you imagine learning that your family and friends were hurt or even killed? Can you imagine having to flee your house suddenly, bringing with you only the bare minimum and having no guarantee of a safe journey or a safe destination? These are events both Internally Displaced People (IDPs) and refugees have been through. They are traumatic and harrowing experiences for adults, but can you imagine experiencing them as a child? It’s unimaginable, but it is exactly what happened to Bana* and Saja*.

Bana is a little girl whose life has been completely overhauled by war. Bana is 5 and was born in Syria, and has never known her homeland to be anything other than a place of violence, conflict, and war. Even when their family lived in Syria, Bana wasn’t able to play outside as she was not allowed to leave her house. Her parents were too concerned about the violence outside. 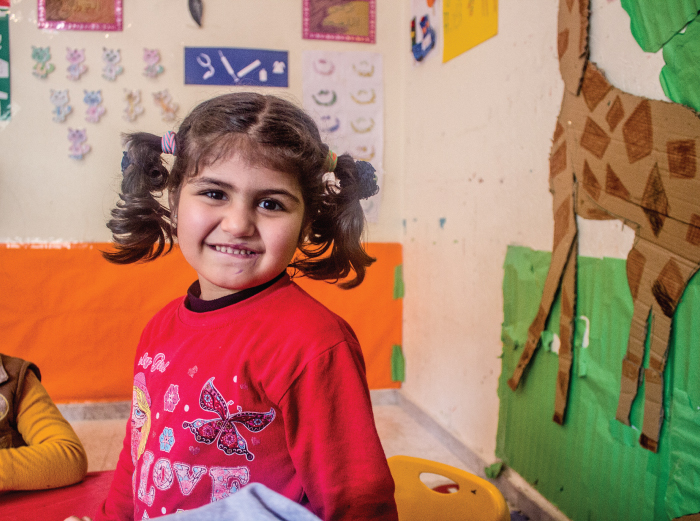 Now living in Lebanon, having fled Syria in search of a better life, Bana and many other children attend Save the Children’s Early Childhood Care and Development activities. These activities are aimed at vulnerable children between the ages of 3 and 5. Through the program, the children receive non-formal educational support, helping them prepare for the formality of schooling when grade one begins.

Saja and her family live in a camp in Khanaqeen, Iraq. They’ve lived there for over a year, having fled their hometown following six months of shelling, and the children’s school becoming a military target.

Saja’s journey to Khanaqeen was a harrowing one. Saja and her family were in one car, and her aunt, uncle, and cousins were travelling in the car behind them when her aunt and uncle’s car was hit by an explosion and pelted by shelling. Everyone was killed right in front of Saja’s eyes. 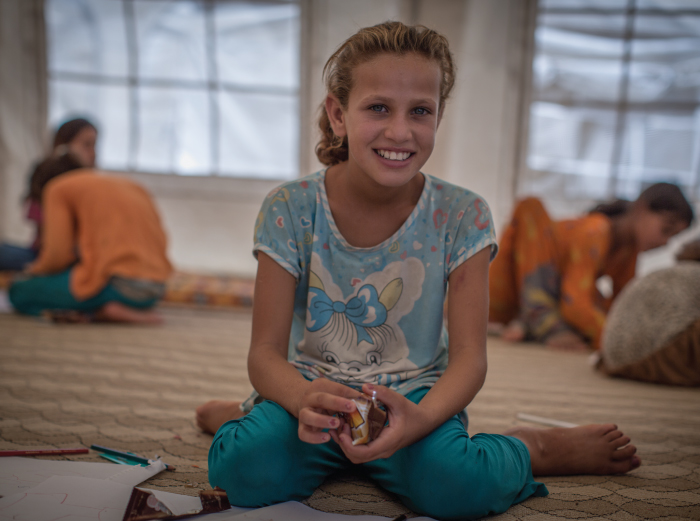 At Khanaqeen, Saja was initially very shy and withdrawn, and didn’t want to attend the Child Friendly Space run by Save the Children.

“When Save the Children opened the Child Friendly Space, my niece managed to convince Saja to accompany her, and she started going there on a daily basis,” said Saja’s mom. “When she comes back home, Saja talks about her day at the CFS and the activities. She used to really enjoy school back home, and I think the CFS here reminds her of that.”

It’s Every Child’s Right to Survival

Bana and Saja have all experienced more violence and trauma than any child should. They have been forced to leave their friends, schools, and homes and they now take refuge in IDP camps and host communities as they wait for the violence to end.

At Save the Children, our vision is of a world where every child attains the right to survival, protection, development and participation. Until that is realized, we’ll continue to offer essential support such as healthcare, food, and education to children and their families, because we believe every child has the right to a limitless future. Around the world, we work every day to give children a healthy start in life, the opportunity to learn and protection from harm. We ensure children’s unique needs are met and their voices are heard.

We do whatever it takes to reach every last child – every day and in times of crisis – transforming their lives and the future we share.

*Names have been changed to protect identity and privacy.

To learn more about Save the Children, or to make a donation, visit their Charity Profile Page.