Charity Spotlight: This blog post is provided by Tiffanie Tasane, Executive Director of the Mental Health Association of Yukon, as part of our ongoing charity spotlight series. 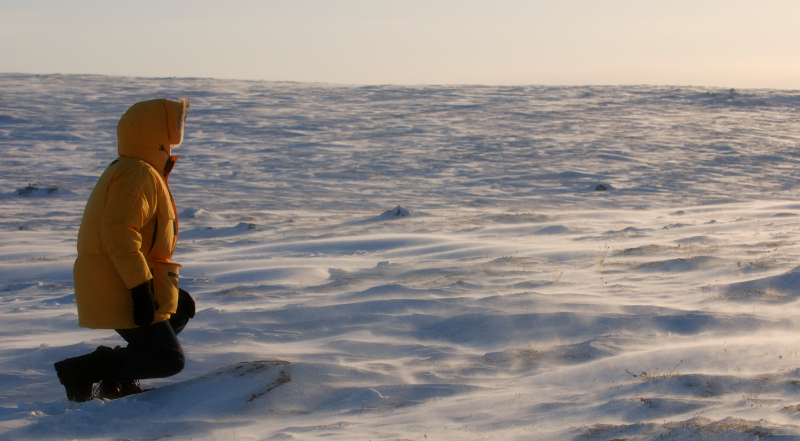 It’s no surprise that winters in Canada’s North are long, cold, and dark, depriving our bodies of sunlight. Whether you call it the winter blues, cabin fever, or seasonal affective disorder (SAD), the dark and cold weather can affect your mental health. Doctors often chalk up cold weather mood dips to lack of sunshine, meaning that people living in Canada’s North are more susceptible to feeling down because of the climate we live in. A study published in the American Journal of Geriatric Psychiatry found that people with lower levels of Vitamin D (an important vitamin you get from sunshine) are 10 times more likely to be depressed than those who take in a healthy dose!

Because of this, mental health issues affect more people than you might expect in Canada’s North. Aside from the cold and dark climate, mental health issues are often made worse by other challenges including issues with substance abuse, access to services, and living in a small community—issues we will dive into below.

The report also discovered that First Nations adults in Yukon are more likely than other Canadians to be classified as heavy drinkers (about 45 percent of the Yukon population), but also more likely than other Canadians to be non-drinkers. According to the report, “such a polarized pattern between abstinence and risky drinking at the other end attests to the role that history and ongoing trauma still plays [in Yukon First Nations communities]”. It also reports that Yukoners are also more likely to use marijuana or cocaine, with 21 percent of the population aged 15 and over reporting cannabis use in the previous year, compared to 14 percent of Canadians.

Smaller populations and remote living situations make access to services more difficult in the north. In Northern Canada, your neighbouring town might be a six-hour drive away. There may be times when you cannot leave your community because the river is too frozen for the ferry, but not quite frozen enough to walk across safely, and with little public transportation in Canada’s North, it only makes the situation worse when the cold weather delays flights or it’s too cold to start your car.

You may also be surprised to learn that some communities don’t have a doctor, let alone a mental health clinician or mental health worker. Both the availability of services, specifically specialized programs and treatments, as well as waiting lists, transportation, and cost are barriers to Northerners who need help accessing services and support. Imagine that you have to leave your community to participate in long-term treatment. You are now alone in a place you are unfamiliar with and are far from your family, friends, and support network which is even a challenge for most people, let alone those who are seeking treatment for mental health issues. After receiving the support needed, maintaining your mental health is also a concern if help is not readily available. When it is available, it can be physically and financially challenging to access.

Where Everybody Knows Your Name

No matter where you live in Canada, stigma is a barrier for those seeking mental health support and treatments. In Canada’s North, however, this can play an even greater role.

One of the best things about walking down the main street in Whitehorse, Yukon is that you are bound to run into at least a couple of people you know. On the downside, that also means you are likely to bump into someone you know when at reception at the counseling agency, in the hospital emergency room for a panic attack, or when picking up a prescription. The emergency nurse is likely to be in your book club, the pharmacist’s assistant plays on your hockey team, the receptionist at the counseling agency teaches your son piano lessons on the weekend.

As one of the few mental health resources in Northern Canada, our team at the Mental Health Association of Yukon (MHAY) recognizes that mental illness is treatable and success in treatment is greater with early intervention, prevention, and education. Our services include education on prevention strategies, mental health awareness training, support groups, and anti-stigma initiatives and campaigns. We also run programming, events and support groups. We work with partners to continue to educate the public, address gaps in service, and tirelessly fundraise to keep our programs running.

At MHAY, we are keenly aware that there are factors that create a different mental health culture in Canada’s North, and we won’t stop until all northerners have helpful and easily accessible access to mental health services in their community.

To learn more about the Mental Health Association of Yukon, or to make a donation, please visit their Charity Profile Page.