This post was provided by Marni Tuttle, Campaign Director at the Nova Scotia Nature Trust, as part of our featured series on the environment.

The dips and turns you encounters while driving from downtown Halifax to Nova Scotia’s Eastern Shore can make it seem much longer than a one hour drive. Past Ship Harbour, the road follows the coastline, and from the passenger seat window, you can see the 100 Wild Islands hugging the coast.

Most of the islands have never been disturbed. They remain today much the same as they were when the last glaciers retreated. The plants and animals tough it out at the whim of both weather and waves.

A boat trip to Borgles leads you past the impressive Ship Rock Island where the British navy once practiced firing cannons. Those legends are verified when locals, of a certain age, recall stories of diving for the cannon balls on the ocean floor. Along the islands coasts, large boulders perch on the precipice of cliffs, looking like a gentle nudge would send them tumbling into the ocean.

When the boat motor is silenced, and the paddles stop splashing, you are left on a unique narrow strip of sand attaching Borgles Island to Little Charles Island. All you hear is wind and water, the movement of sand and the call of birds. Look closely and you’ll see deer tracks left in the sand.

The natural history of the 100 Wild Islands was virtually unknown by scientists and ecologists until the Nova Scotia Nature Trust began field expeditions in 2011.

Since then, we have discovered the islands support fascinating and globally significant ecology and biodiversity. From coastal bogs to barrens and cliffs, saltmarsh, freshwater wetlands, and even an entire freshwater lake – the vast geographical features present on the islands are rare. The islands support boreal forests, and to the amazement of Nova Scotia Nature Trust scientists who made the discovery, the forest is classified as a boreal rainforest.

The cluster of islands feature a diverse island ecosystem with an interconnected mosaic of every coastal habitat found on Nova Scotia’s Atlantic coast.  While harsh coastal climatic conditions preclude their development to old growth forests, some of the forests are what scientists call ‘old process forests’ whose natural cycles have been virtually undisturbed for over 10,000 years. 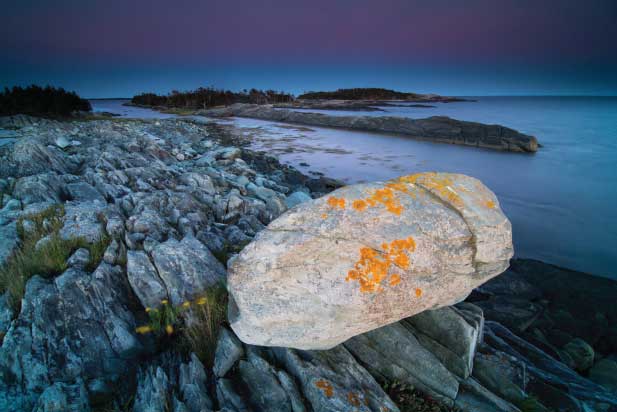 Our Mission and Legacy

Once upon a time, Borgles Island, one of the largest islands in the 100 Wild Islands in Nova Scotia, was earmarked for development. It was even cleared for a landing strip.  A luxury community was envisioned, a unique private playground for the rich and famous.

Originally slated to be paved over, Borgles is ecologically significant for its unique biodiversity, ancient forests and pristine coastal ecosystems.  Fortunately in 2013, with the help of many friends, the Nova Scotia Nature Trust triumphantly spared the incredible 530 acres of Borgles Island. Rugged and beautiful, this island is now protected for future generations to explore and enjoy.

Since then, the Nature Trust has added 280 acres (7 properties) on Gerard Island, as well as Middle, Outer, Stoney and Tuff Islands to our 100 Wild Islands conservation successes. The response from other landowners has been incredibly positive, with commitments pledged to protect over 80 percent of the remaining islands. 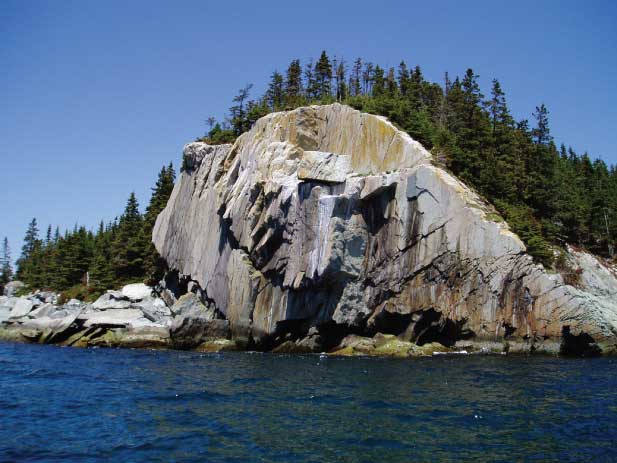 We Must Act Now

Nova Scotia’s coastal habitats face a number of pressures – and the 100 Wild Islands are at risk.

Few images evoke Nova Scotia more than the idyllic harbours and dramatic headlands of our coastline. The identity, quality of life, and even the economy of Atlantic Canada, have long been linked with the coast. And yet less than 5 percent of the coast is protected, and 85 percent is privately owned and facing unprecedented pressures, with implications for conservation and for public access. The need to protect the coast has never been greater.

Together alongside landowners, local communities and hundreds of volunteers, supporters and conservation partners across the province, we are achieving important, lasting and tangible conservation results through land conservation.  We have already protected nearly 10,000 acres of our most important natural areas, places that will be preserved for countless generations to come.

The opportunity to protect large, undisturbed and ecologically rich coastal archipelagos are increasingly rare around the globe. The 100 Wild Islands Legacy Campaign is one of our last hopes. To make this happen, we must act now before this vital opportunity is lost forever.

To learn more about the Nature Trust, please visit their charity profile page >>>