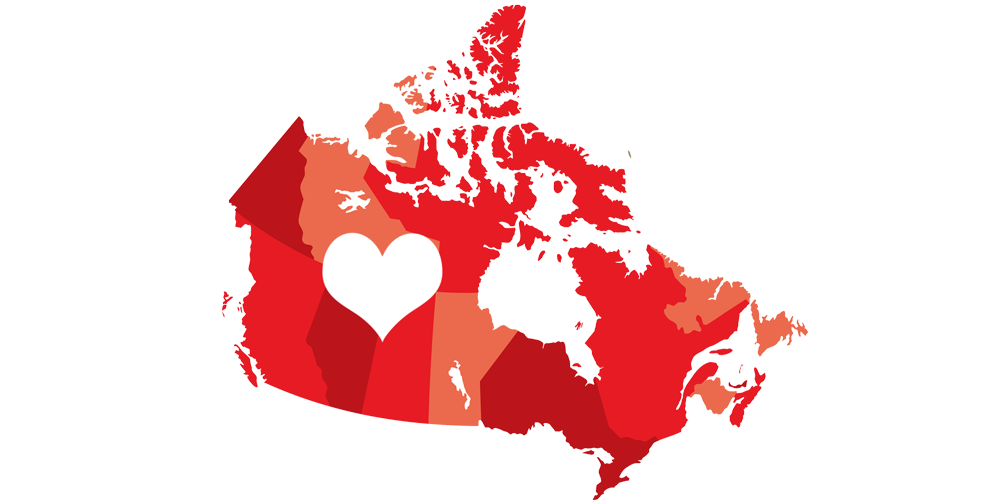 With the summer fundraising season upon us (and a long list of rides, walks, golf tournaments and other community fundraising activities), the arrival of fresh data from Statistics Canada on our charitable giving behaviour seems timely.   Do you live in a naughty or nice community?

Canada is a caring nation, and caring means helping others.  However, some of us seem to be more generous with charitable donations than others.  Recent analysis by The GIV3 Foundation shows that some communities are significantly more giving than average, based on Statistics Canada charitable giving and income data. The most generous neighbourhoods may be a surprise to you!

Find out how generous your neighbourhood is with our interactive Generosity Map.

The average level of giving for all of Canada is less than one percent of income, at 0.8% (this has been declining for years and is at about half of the American giving rate!). In some communities like Lawrence Heights ON, Abbottsford BC, Cote Des Neiges QC, Lorette/Landmark MB and Briarwood SK, the typical resident gives well above average to charity. In contrast, the average citizen in Sudbury ON, St John’s NF, and Quebec City QC, gives significantly less of their income back to the community. See the detailed data tables here.

Some may suggest that it is easier for a wealthier community to be more giving.   This is partly true, but it is inspiring to see that many of the most generous communities in Canada are not the wealthiest ones. There are neighbourhoods across Canada that contribute up to ten times the national average – and many of these are not rich communities. In fact, some of the most giving communities have average or below-average incomes (the average Canadian per capita income was about $46,000 in 2011).

How giving is your community? Find out with the GIV3 interactive Canadian Generosity Map and see how your neighbourhood compares. Surprised by the results? Let us know in the comments. We love to hear what you think.

How about you? Do you think you give generously? Many Canadians have not really thought about it.  In an Ipsos poll conducted for The GIV3 Foundation, the majority of Canadians said they have no idea how they compare or how much to give. The same poll indicated that Canadians, on average, believe that 3% of income is a fair and reasonable amount for us to contribute. Now that we can look at specific giving rates within communities across Canada, it gives us a better idea of how we measure up.

Let us be inspired by Canada’s most giving communities! Let us stop to recognize that no matter how challenging our lives, Canadians are some of the most fortunate citizens in the world.  Everywhere, even in our own neighbourhoods, there are people and causes that need our help. Isn’t now a good time to help make a difference and build more caring communities?  If measuring up isn’t motivating, consider this:  did you know that giving makes you healthier and happier? Recent science proves it! Connecting and helping others releases dopamine in our brains, which provides a lasting positive feeling, and also helps to reduce harmful stressors.

Now, that is a nice gift to yourself and to your community.  Feel great giving.

GIV3 has a unique mission: to encourage more Canadians to be more giving (greater Giving, Inspiration, Volunteering). GIV3 does not represent any specific charity but encourages Canadians to give to any registered charities of their choice. To learn more, visit GIV3’s charity profile page >>>

John Hallward is the founder and Chairman of The GIV3 Foundation, a registered charity with the mission to encourage more Canadians to be more giving. He is also a market research professional, working at Ipsos in a global role. In 2007, John had his first book published by Wiley & Sons, “Gimme! The Human Nature of Successful Marketing”. In 2011, he published “The Happiness Equation. The Human Nature of Happy People”. John is also an active volunteer and a Director on several non-profit Boards in Montreal.