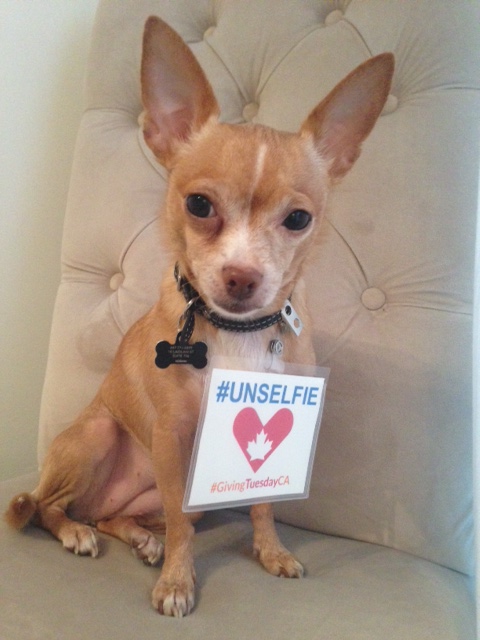 Today is GivingTuesday! Following Black Friday and Cyber Monday, it marks the opening day of the giving season. It is a day for charities, companies, and individuals to join together to rally for causes important to them, and think about others. If you’re participating by donating, don’t forget about the matching donation offers from PayPal and Interac. But there are tons of other ways to participate too, like sending a charity gift card, volunteering, or taking an #unselfie!

Last year, in its inaugural year in Canada, we saw thousands of people join the #GivingTuesdayCA movement with an #Unselfie.

What is an #Unselfie?

An #Unselfie is a photograph of yourself which showcases a charitable act or good deed you’ve performed or are committing to, in an effort to inspire others to do the same.

CanadaHelps Takes on the #Unselfie

As a co-founder of GivingTuesday Canada, we are committed to spreading the word about the movement in as many ways as possible. This year, we decided it would be fun to have our own #Unselfie campaign! Several CanadaHelps staff participated, including our CEO, Marina Glogovac. 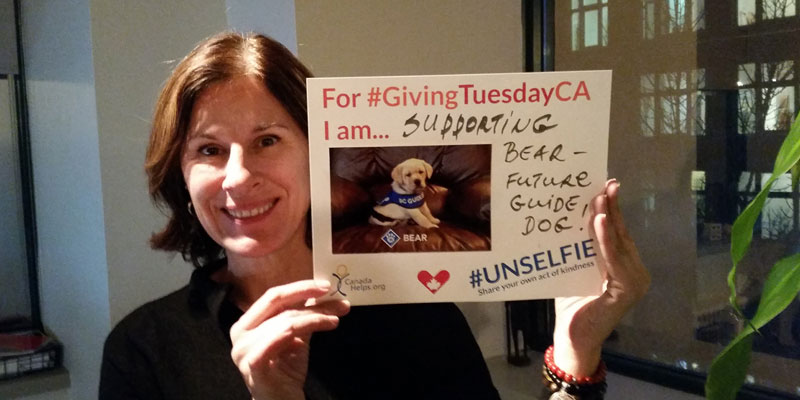 Taking an #Unselfie is a great and easy way to get involved in GivingTuesday, and to make a specific commitment to giving back. It’s as easy as 1-2-3:

Need some inspiration? Check out what others are doing:

OHS volunteer Digby takes an #unselfie to support the animals. Share your #unselfie with us! #GivingTuesdayCA pic.twitter.com/glTRqLk9kb

Getting my #unselfie on and trying to determine what I will do this #GivingTuesdayCA. Awesome template, @canadahelps! pic.twitter.com/o4hteYAyus 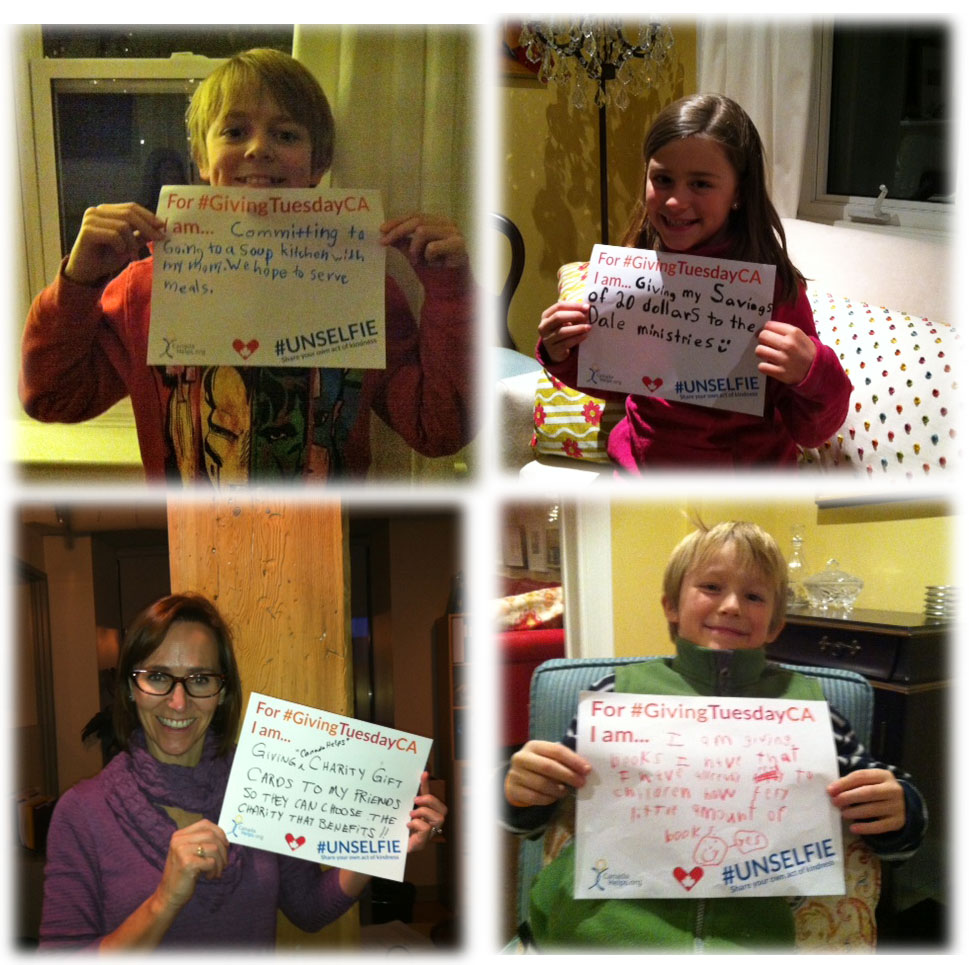 Getting my #unselfie on and trying to determine what I will do this #GivingTuesdayCA. Awesome template, @canadahelps! pic.twitter.com/o4hteYAyus — Nicole Danesi (@nicole_danesi) December 1, 2014 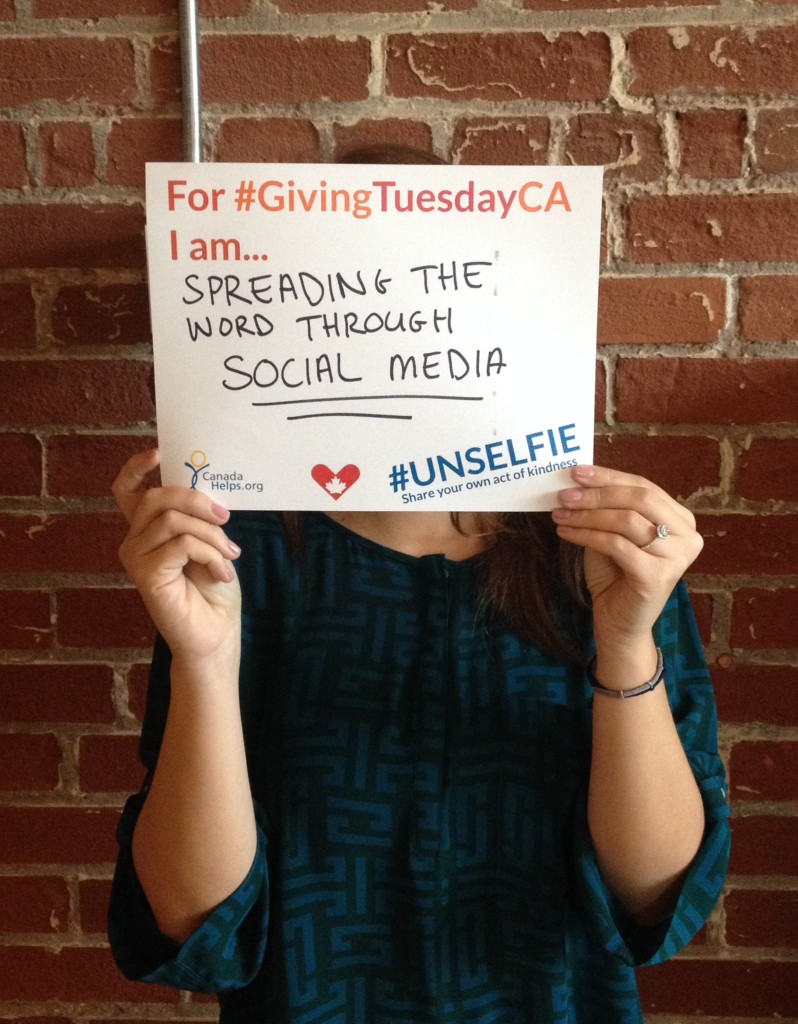 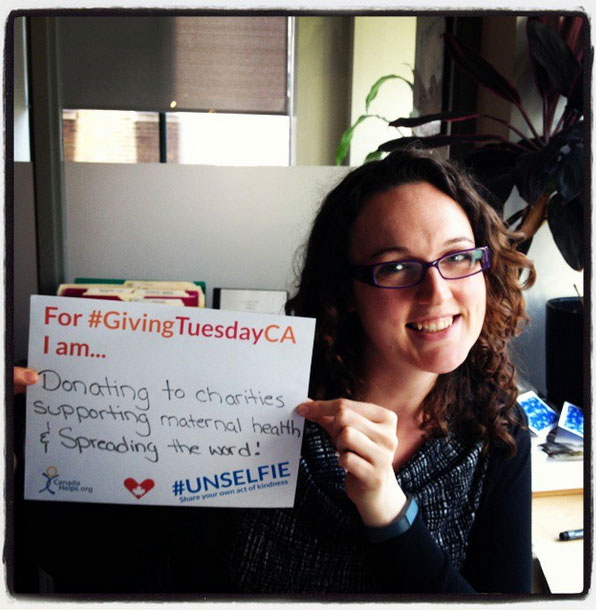 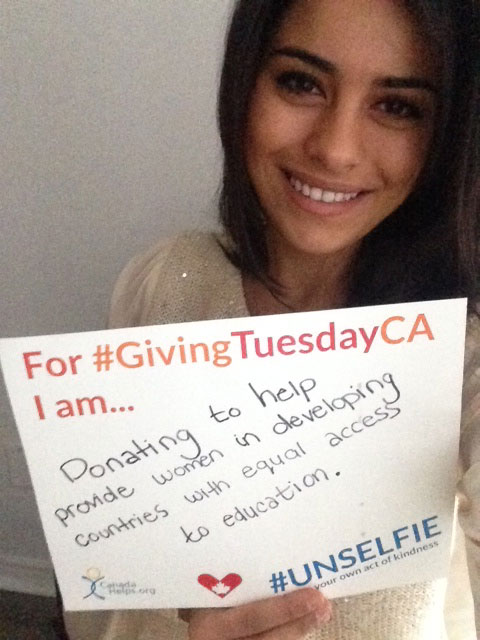 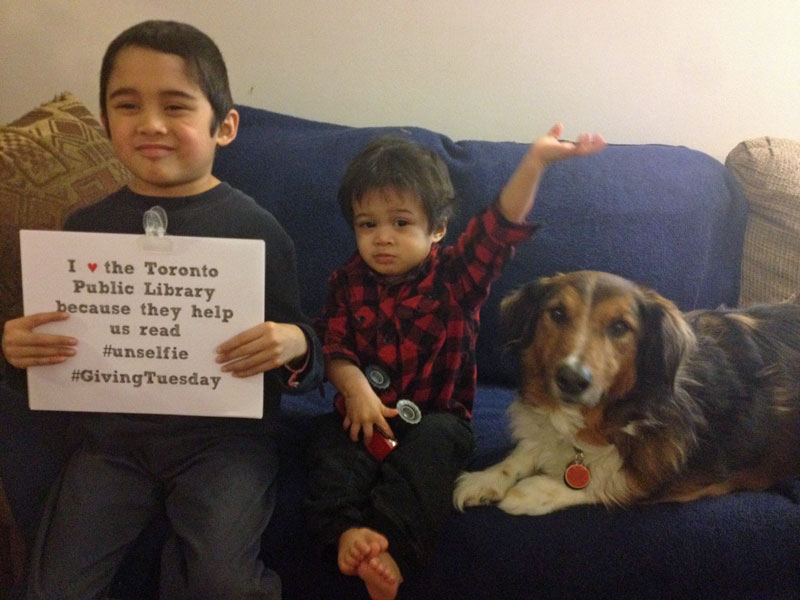 Been listening to @metromorning my whole life. Giving to #SOTScbc in gratitude on #GivingTuesdayCa ! #unselfie pic.twitter.com/N3WRN15gpU