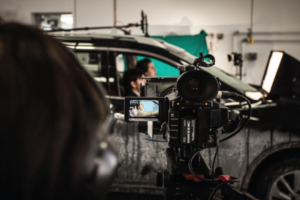 The month of June in Canada is recognized nationally as Indigenous History Month. It’s an opportunity for Canadians to reflect on our complex history, and to celebrate Indigenous culture and the contributions of First Nations, Inuit and Métis peoples—June 21st is also National Indigenous Peoples Day. However, we cannot acknowledge Indigenous History Month this year without acknowledging the horrific discovery of the unmarked graves of 215 school children at the site of a residential school in Kamloops, BC. The legacy of Canada’s residential school system, as well as historic and present injustices faced by Indigenous Peoples in Canada requires action from all levels of government, and introspection and calls for change from all Canadians.

Dr. Shirley Cheechoo is the Executive and Artistic Director of the Weengushk Film Institute (WFI), a unique charity that magnifies the voices of Indigenous youth through the art of filmmaking. Located in M’Chigeeng, ON on Manitoulin Island, the WFI is a training centre that enrolls high risk youth, some that may be battling addiction or other systemic issues, into a film program certified by Brock University.

WFI’s programs include land-based training, such as how to hunt and use medicine, as well as Indigenous language. As the students complete the labs, Dr. Cheechoo told me, “they’re learning about themselves, their identity, everything that goes with understanding and becoming who you are—which has been taken away from most, or all of us, for years. I want their voices to be heard. Look what just happened, 215 children, their voices are gone. We have youth here who are still struggling from that generation for their voices to be heard. This is what we do here.”

It’s impossible to have a discussion about an indigenous organization without bringing up the many systemic issues embedded within our society. I asked Dr. Cheechoo what is needed to remove some of the systemic issues and barriers, to ensure that these voices are heard, and how to create a tomorrow that isn’t repeating the past.

“I think everybody has to take the responsibility of acknowledging racism,” says Cheechoo. “Every time somebody sees any kind of event where there’s racism, they need to be addressed and told: that’s racist. People don’t realize that they’re saying things that are racist because they haven’t been taught. The other thing too is that people say ‘that happened a long time ago.’ In this age they think: it’s not my fault, it happened way back then. But the past has been passed down to you, even if you don’t know anything about it. It’s built into your system.”

Currently, WFI takes 10 students in each program. They intentionally keep the classes small to ensure no student is forgotten about or left behind. COVID has been a challenge because everything has moved online, but some of WFI’s students don’t have computers or access to the internet. Dr. Cheechoo knows how hard it is on them, and has adapted her programs to give students more time to do their work. “They’re not used to being online like that. They’re not even used to actually sitting in a classroom. The way we teach has to be different from what they’ve experienced, so they don’t fall back into that trap.” This focus on meeting the students’ needs has brought out the students’ passion for school.

Dr. Cheechoo dreams of a bigger school with more room for students. She’s putting together the “Turtle Island Project,” named for the important cultural symbol of the turtle as a source of teaching. She hopes to expand to offering programming for 30 students a year.

“I know land-based training works,” says Cheechoo. “I take the students through the bush and go moose hunting. Before we started this land-based course, they used to take 4 months to write their scripts. I take them into the bush now and teach them their culture. When I bring them back into the classroom it takes them only 6 weeks to write a script. They say ‘I learned how to listen to myself.’”

WFI has been working to raise the money to buy land for the bigger school, trying to meet an end of June deadline to purchase chosen land.

“My dream is that many, many students experience what I’ve built here. This is the first program that was developed by an Indigenous person that’s ever been certified by a university. … We want to make sure these kids have a voice, that they can carry on so that they’re not following or tracing our footsteps.  I’m a residential school survivor, I’ve been through it and I don’t want anybody tracing my footsteps. I’m trying to create another branch to that path for these youth. That’s what we do here. My personal journey has really, really been a struggle. I fought so many battles in my life. I don’t want to stand by and watch as more young people take that same path.”

Dr. Shirley Cheechoo is the president of Spoken Song Film Production Company and founded Weengushk Film Institute on beautiful Manitoulin Island. She is a Cree actress, writer, producer, director, and visual artist. She was named chancellor of Brock University in July 2015, the institution’s first female and first Aboriginal Chancellor.

Learn more about the Weengushk Film Institute on their Charity Profile page.