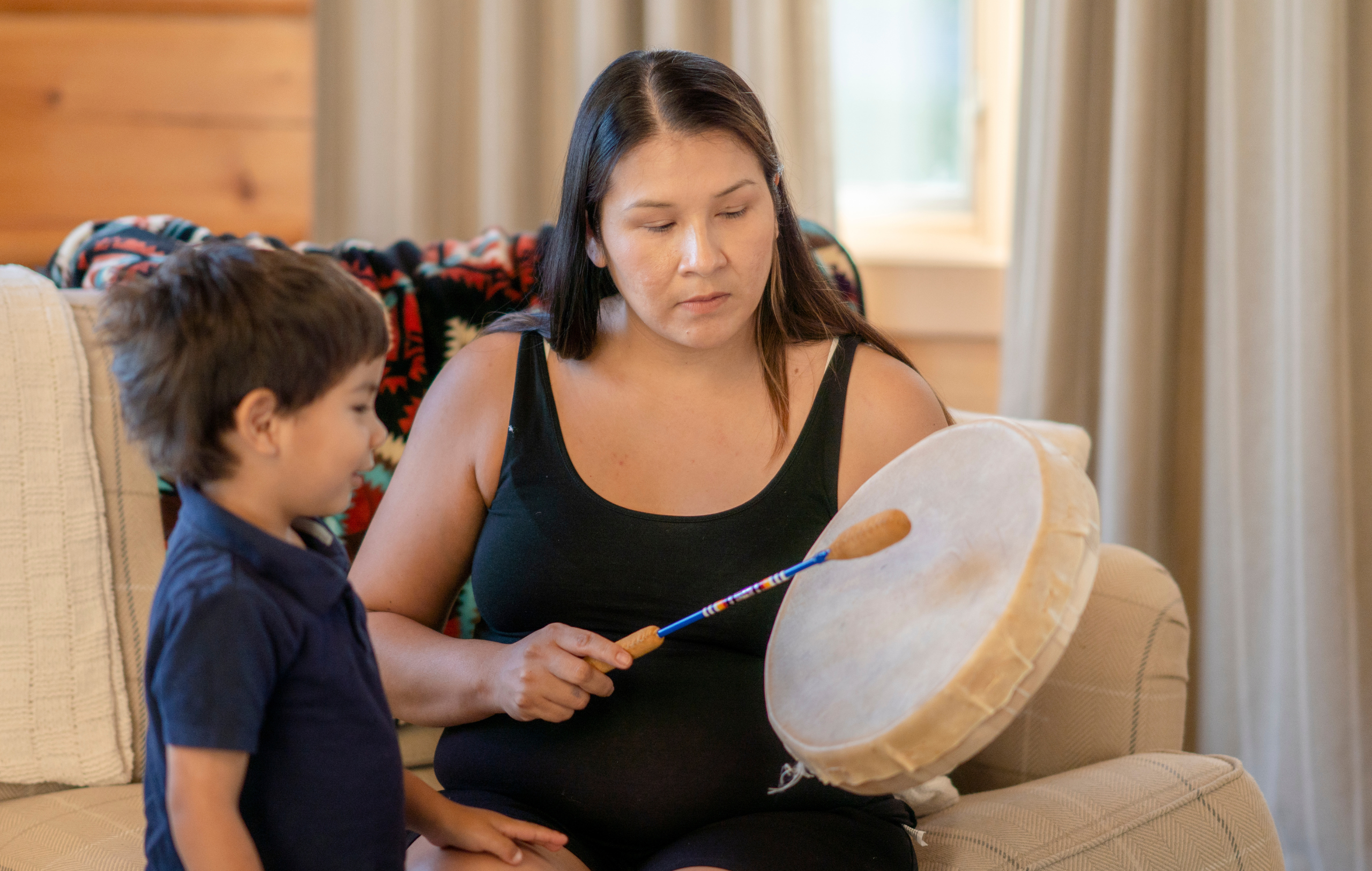 There are over 600 Indigenous communities in Canada, within three distinct cultural groups: First Nations, Inuit, and Métis Peoples. These communities are diverse in spirituality, customs, traditions, and language. After over 150 years of colonization and assimilation, The Indian Act and Residential Schools, these diverse cultures have been impacted by losing their connection to and relationships with their land, traditional practices, families, communities, and languages. These are the very ties that strengthen Indigenous identities and communities.

Connection to culture, language, and land is essential to the health and well-being of Indigenous Peoples’s identities and communities. As told by Lori Tagoona, Inuit Nunangat, in her article Indigenous Response in the Canadian Arctic: Investing in Culture and Communities; “For our people, connection to the land, water and ice is foundational. In the past, our migratory patterns, our sources for shelter, food and clothing, our times of renewal and celebration were all dictated by the environment. Today, we are not as dictated by the elements, yet we still find great strength through our relationship with it.”

It’s a tribute to the resilience, self-reliance, and ingenuity of Indigenous Peoples that we are in a period of Indigenous cultural and political resurgence in the North. This is an act of decolonization where Indigenous communities are reconnecting with their traditional cultural practices. At the forefront of this movement are Indigenous-led organizations. These organizations are focused on increasing community-based culture and language resurgence programs to increase fluency in Indigenous languages, advocating for policies that protect and amplify Indigenous culture and languages, and promoting cultural ways of knowing and being.

Organizations like Pitquhirnikkut Ilihautiniq / Kitikmeot Heritage Society in Nunavut are protecting culture, language, and history of Inuinnait. With less than 600 fluent speakers of the Inuinnaqtun language remaining, their work seeks to protect their identities, tied to language, from extinction. By sharing traditions, speaking to elders, and teaching language, they give the young people in their community a sense of identity and connectivity to their land.

Inuit culture and language are also preserved through the performing arts. Qaggiavuut! Manages Qaggiq School of Performing Arts, a series of programs to train emerging and established Arctic performing artists. By promoting Inuit culture and language through the visual, technical and performing arts, like throat singing, drum dancing, and theatre, they are creating space for Nunavut’s talented performing artists to thrive professionally in Canada. In addition, by delivering arts programs to Nunavut children and youth, rich traditions are kept alive for generations to come. Through researching, documenting, archiving, and sharing traditional Inuit songs, stories, and dances, Inuit Peoples reclaim performing arts that were once banished in the last century, before they are lost forever.

Dechinta Centre for Research and Learning is an Indigenous-led organization promoting cultural revitalization through a reconnection with the land. The programming was designed by academics, Elders, community leaders, and northern students with the goal of offering accessible, holistic, and family-centred education rooted in Indigenous knowledge. Courses include land-based activities, such as harvesting medicines, making dry fish, learning to prepare and tan hides, as well as academic reading, writing, and presenting. The courses also prepare students for leadership roles in their communities, with a focus on Indigenous law, governance, and women’s leadership. This is integral to supporting Indigenous self-determination and creating employment opportunities for students and youth in the North.