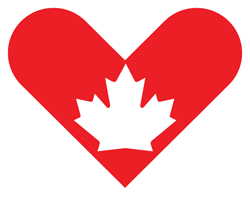 Last year, we saw overwhelming support from Canadians during the first annual GivingTuesday Canada celebration. We knew that this year would be even more impactful with wider reach and participation from non-profits and charities, businesses, individuals and media.

According to new data from CanadaHelps, the second annual GivingTuesday increased charitable donations in Canada by 75% on top of last GivingTuesday’s lift of 169%. See below for more highlights from this year’s GivingTuesday.

GivingTuesday may be over but there’s still work to be done!

Charities that actively promoted GivingTuesday saw the greatest lift in donations, with an average overall increase of 93% in number of donations received through CanadaHelps.

If you’re one of the countless organizations that participated this year, make it a priority to continue to cultivate relationships with those who supported you.  If you haven’t yet seen the webinar Turn Your GivingTuesday Donors into Loyal Followers, you can watch it on-demand here.

Wrap up the year by optimizing for the holiday.

It’s not too late to take advantage of some of the free promotional tools and opportunities that will help you attract new donors this holiday season. Take a moment to read 5 Ways to Optimize for the Holidays.

So, just how impactful was GivingTuesday 2014 anyway?

Here are just some of exciting highlights from this year’s GivingTuesday, which took place on December 2nd, following Black Friday and Cyber Monday.

CanadaHelps is proud to be a co-founder of this movement in Canada, and of the amazing generosity demonstrated by Canadians.