In recognition of Earth Day, we’re highlighting the important work of grassroots conservation organization, Earthroots. They’ve been dedicated to the protection of Ontario’s wilderness, wildlife and watersheds through research, education, and action since 1986. Explore the organization’s history and their current campaigns to protect old growth forests and create pollinator “highways.” 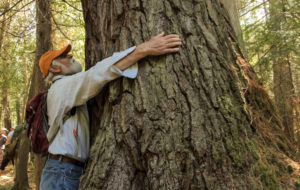 The first ever Earth Day was in 1970, when activists were ringing alarm bells to warn of the damage humans were causing to our plant. Now, more than 50 years later, it seems we are collectively finally taking the climate crisis seriously. With the need for action more urgent than ever, Canada is lucky to have the work of environmental organizations that have been working on these issues for years and are leading the way on policy, activism, innovation, and education.

A group that has not wavered from its mission for over 35 years is Earthroots. The group began as the Temagami Wilderness Association to fight for the preservation of rare, old growth (400 year-old), white and red pine forests in the Temagami region of Northern Ontario, and they continue to do so today. They have also worked extensively to support the preservation of Algonquin wolves and woodland caribou. The way Executive Director Franz Hartmann frames it is simple: protected species need protected spaces. You can’t have one without the other.

“We’re ecologically based and we do stray into other things from time to time,” explains Gord Miller, Chair of Earthroots Board of Directors  and former Environmental Commissioner of Ontario from 2000-2015. “We’ve been involved with Grassy Narrows and the mercury contamination up there. It’s a lot of work on parks, protected spaces, and preserving wilderness and wildness for future generations.” 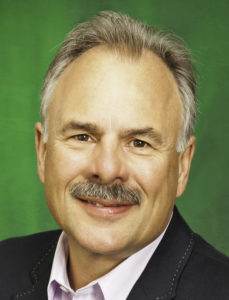 Chair of Earthroots Board of Directors, Gord Miller

A unique aspect of the organization is that they take their supporters into the wilderness. Over the years they’ve worked with their biologist and citizen scientists to collect wolf samples for DNA analysis, but also with First Nations to investigate the old growth and the changing of the seasons. “Earthroots very much engages with the landscape and brings people into the landscape, which is not something you see necessarily in urban-centered environmental groups,” says Miller.

Of course COVID has not allowed for these outings over the last couple of years, but with overwhelming research demonstrating the benefits of “forest bathing,”Earthroots would like to find a way to help people bring the forest into their homes. “There’s now mounting evidence that you can get the same benefits virtually”, says Hartmann. “One of the ideas that we’re playing with is using technology to bring people to the old growth forest without them having to leave their home or community. That’s not a replacement to actually being there but it’s another tool in the toolbox to develop a relationship between people and these wilderness areas that need preservation.”

Currently the Provincial government is allowing forestry companies to log old growth pines, making no distinction between trees. “The way the laws are written right now, 400 year old trees are treated the same way as trees that were planted in 1900,” explains Hartmann. “This is an incredible ecological heritage we need to hold onto.” Earthroots has started a letter writing campaign to provincial ministers who have responsibility for this legislation. “These trees are important carbon sinks that will help us get through the climate crisis. We need this green infrastructure if we hope to get through it.”

They’ve also recently launched a campaign to build pollinator “highways” where they want to plant wildflowers and the vegetation that pollinators need along the shoulders of the highways. “They’re absolutely key to maintaining ecosystem health and also to maintaining food supply,” says Hartmann. Since these shoulders are mostly grass currently that must be maintained by municipalities and regions, Earthroots can easily make both an environmental and financial case for change. “They’re spending money, they’re taking time, and they’re burning fossil fuels to mow grass. And what we’re saying is: you can save yourself a whole bunch of money, create less pollution, and plant these beautiful plants that will attract bees and butterflies and will do a host of ecological good.”

Earthroots also continues to play a role in forest management plans. When the plans come up for renewal their team reviews the documents with a high level of expertise. “Let’s just say, we keep them honest,” explains Miller. “Keeping the pressure on the regulator, the Ministry of Northern Development, Mines, Natural Resources and Forestry, is a very valuable role. They may not be entirely happy with us but they respect us professionally because they know that when we come with submissions, they’re likely going to be right. Earthroots has always played a role in trying to draw the public into government decision making about the environment.”

Hartmann believes that one of the key elements to Earthroots success is their donors and supporters. “It’s always important for donors and for the general public to look at a group, not just as a snapshot in time or what they are doing today because it’s so easy to get caught up in the moment and the immediacy of things. You need to look back and say, ‘What’s happened? What have they done?’ Then also to look forward and say, ‘What sort of plan do they have?’” Hartmann has no doubt that Earthroots has accomplished a significant amount of environmental change over the last three decades.

“Earthroots is part of an ecosystem of environmental groups and we know our niche, we know what we do well and we know that what we do is absolutely vital for moving forward,” says Hartmann. “Without Earthroots you have a huge hole. With Earthroots you have another very strong group with a long history of success and activism that will hopefully collectively help preserve wilderness, wild spaces and wildlife.”

Learn more about Earthroots on their Charity Profile page.