As Mother’s Day approaches and we are thinking about celebrating maternal bonds and motherhood itself, a word that comes to mind is resilience. With the many challenges that arrived on our doorsteps over the past few pandemic years, childcare, education and how it relates to the role of “mothering” has drawn much attention and discussion. Mothers had to choose between gainful employment and caring for their children, between homeschooling and sending their kids to school and navigating many other unknowns. Having faced these many challenges and hardships, their resiliency should be celebrated.

An organization that places mothers at the center of their mission is the Mothers Matter Centre, and the families that they serve are the very definition of resilient. Their mandate is to coach and support low income, vulnerable, and socially isolated mothers, and provide them with resources and tools so they can become confident parents and engaged citizens during their children’s early years. The organization began with the introduction of the HIPPY (Home Instruction for Parents of Preschool Youngsters) program to Canada over 20 years ago. 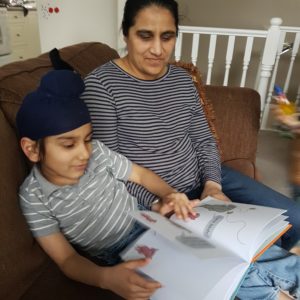 At the time, the Centre’s CEO & President, Debbie Bell, was the director of Community Education at Simon Fraser University. The department had a broad mandate to bring university resources to bear on societal issues. They were working mostly with low income populations in the community and trying to figure out ways that they could make the university useful to groups that typically didn’t have access. When she was introduced to HIPPY, Bell was working on an exchange program between women in Mexico, Latin America and Canada. Bell and many of the students she worked with didn’t think the HIPPY program was the right place for the university’s resources, but she was convinced when she heard directly from women in the community: “Some of you people came on this trip with egos and the rest of us came with needs. Our needs are our children,” one community member told Bell. “We come to this country and we want the best for them. We don’t know how to help them get it. We’re isolated, we’re alone, our kids get pulled out of class. This program will help us.” This moment has stayed with Bell ever since.

The passion and persuasiveness of those women in the community led to the HIPPY program that exists today, with 24 multicultural sites (some of which have more than one office), 4 Indigenous sites and a staggering amount of evidence that proves its effectiveness.

HIPPY focuses on mothers with children who are three, four, and five years old. It makes a long-term, three-year investment—30 weeks a year—to the mothers that they are serving with the understanding that the kind of change they’re trying to achieve is slow and iterative. They work with the mothers at home and connect them with other mothers in their communities who share an intimate awareness of the issues and challenges they face, most of which have already been through the program themselves.

HIPPY is geographically grounded in communities and each site has a coordinator for home visitors. The home visitors are trained every week in a concurrent work/learn training model. They go into the home, work with the parent, and the parent then works with the child for 15 minutes a day. The program functions the same week after week, and it never changes. It’s structured, dependable and predictable, and for many of the families they work with it can be the only structured predictable thing in their lives. “Through this model of mothers working with mothers, the structure ensures that the mother sees change on a weekly basis,” explains Bell. “Even though the mother may think that she doesn’t have the skills to teach, they suddenly discover that not only do they have the skills but the capacity to teach their children and it motivates them to keep going and increases their confidence.” 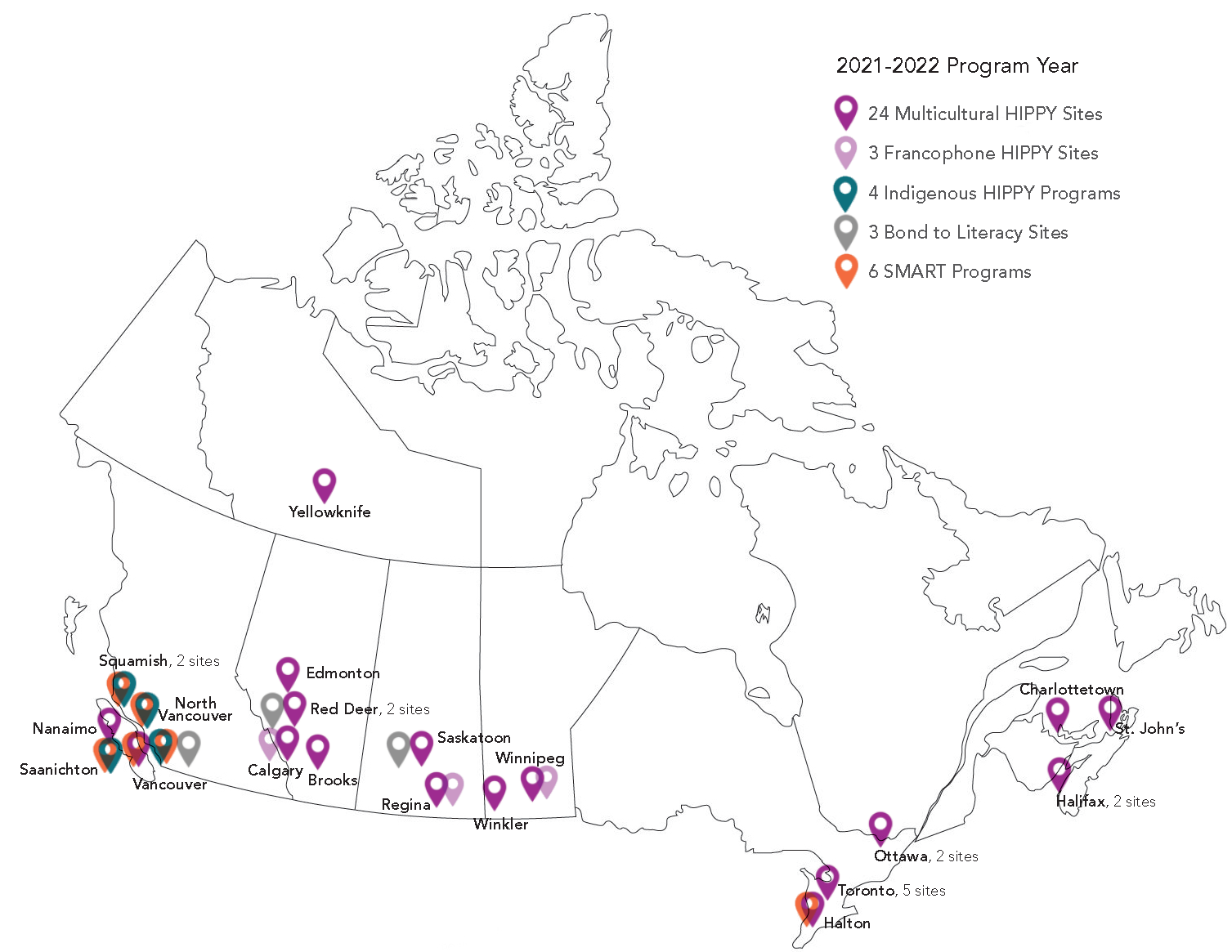 Bell also stresses the importance of measuring the results of the program through performance management. “If we say mothers will be more confident, more actively engaged in their community, they’ll have stronger connections with the school, that they’ll have their first employment experience—we expect to be held accountable and we measure these things constantly,” says Bell. “Each and every site measures performance five times a year, we don’t wait until the end, so we can make adjustments. We’re really confident with this model.”

As HIPPY is a home-based visiting program, the pandemic created some challenges. “We realized two things very quickly: the women who were previously isolated were going to become more isolated and they were going to do so in deplorable conditions,” says Bell. There were some challenges with connectivity and scrambling to get curriculum out, but Bell explains that each home generally had at least one cell phone and most connected with their extended families already via WhatsApp. “The home visitors never lost a step, they recognized their critical role as contact for those mothers—that without them they’d be alone. They found ways to connect and ensured that no mother felt alone during the lockdowns.”

Four HIPPY sites opened throughout COVID with no existing relationships in communities, recruited without issue, and their completion rates matched those of other sites. This demonstrates the effectiveness of the model but it also demonstrates the resiliency of mothers who are marginalized and isolated—ones who want the best for their children. “When the mother changes, the family changes,” affirms Bell.

On Wednesday, May 4th the Mothers Matter Centre will be hosting their Because Mothers Matter Annual Awards with a virtual event Bright Tomorrow Campaign in support of refugee mothers and children. The awards recognize prominent Canadian mothers and several outstanding mothers from the HIPPY program. Get more information at https://www.greenvelope.com/card/.public-3d61ae926da84ec08162294b93cbdcb733383335363135#details